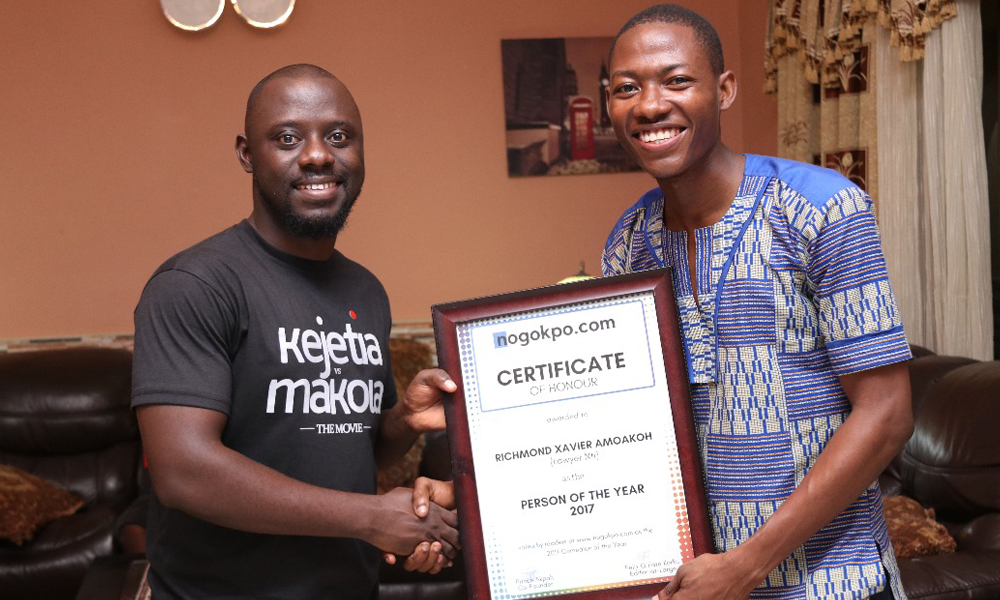 After being announced as the 2017 Person of the Year after a public poll by Nogokpo.com, Richmond Xavier Amoako known in professional life as Lawyer Nti has received his award from the comedy portal.

He was adjudged as the 2017 comedian of the year by readers of online comedy hub, in the inaugural edition of their annual Person of the Year Award after beating off competition from other leading comedians in Ghana.

The Awards which was presented to him by the staff of Nogokpo.com was on the location of his upcoming movie, Kejetia vs Makola the movie.

Fastest rising Ghanaian comedian, MJ the Comedian was also adjudged as the Nogokpo.com Emerging Person [comedian] of the year.

The award was launched by nogokpo.com to recognize Ghanaian comedians who have played vital roles and have made a significant impact in the comedy industry in Ghana and beyond in the year 2017.

The 2017 Nogokpo.com Person of the Year Award was proudly in partnership with Avance Media, WatsUp TV and TANOE Hub.