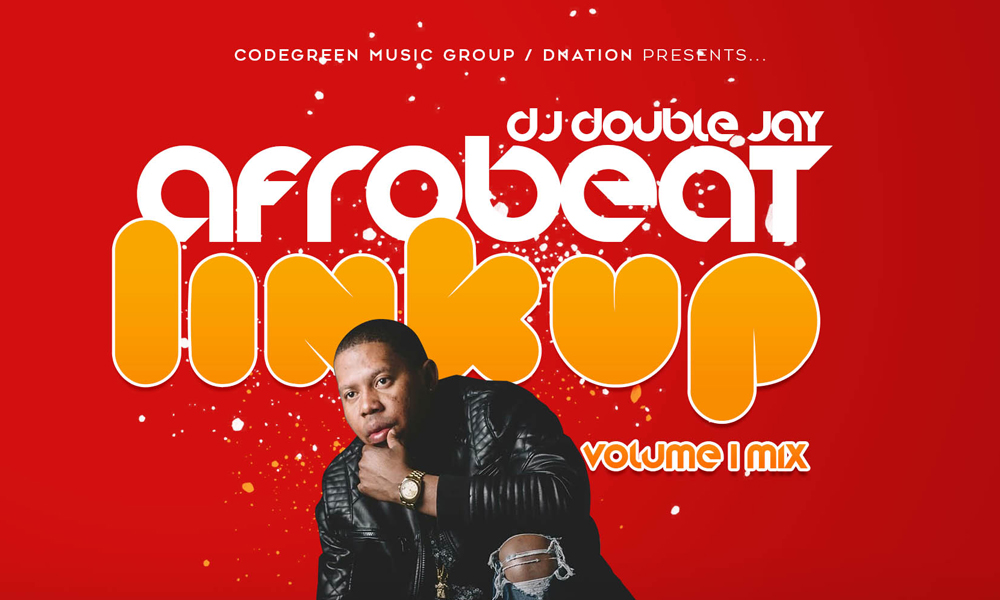 Award-winning US based Ghanaian disc jockey, DJ Double Jay has published a new mixtape for his fans. The mixtape titled ”Afroebat Linkup Vol. 1” strictly contains Afrobeat songs across the globe.

Speaking to Double Jay he said ”My fans have been reaching out to me all the time asking me to make a mix of those good songs I have been playing in the clubs and at other events and finally I’m excited to honour their request. I hope they enjoy it as much as I did in making this mix”. ”My fans should also expect a blend of Afrobeat from Ghana, Nigeria, U.K. as well as Afrobeat from the United States; an all international Afrobeat mixtape”, he added.

The mixtape blesses your ears with those jams that have been part of your playlist since the beginning of the year and helps you relive all those times those crazy hit songs that got you doing all sorts of moves and made you lose control over your emotions.

DJ Double Jay was recently adjudged the winner of the ”Best GH/USA DJ” category at the 2018 Ghana Entertainment Awards USA. For those ravers within the Worcester County, MA area of the US, the name DJ Double Jay is a familiar one. His skills on the decks, ability to keep ravers excited and deeper appreciation of music has made him the favorite of many including clubs within Worcester.

Born Johnson Jones Semaxah in Ghana, West Africa, DJ Double Jay realized his love for music quite early during his Junior High School days. But it was not until his Senior High School days where he was the entertainment prefect that he chose to take his passion for music to the next level by becoming a DJ. The result of that decision was a 10 year honing of his talent to becoming this incredible and experienced DJ who turns block parties into carnivals and the clubs into a dome of supreme fun and excitement.

Double Jay, who is the official DJ for CodeGreen Music Group has also diversified his talent to becoming an artist and producer. He has produced and featured on songs for Uzi, Fusha (on his hit song ‘Banjo’) as well as Blockopoly and Bizell.

DJ Double Jay does not only rock the night clubs, he is also an event organizer. He has been organizing gigs and block parties for party heads; where he mixes the genres of Afrobeat, Hip-Hop and Dancehall into one tasteful gourmet for the fans to feast on. With his in-depth knowledge of music backed by an unwavering passion to be the best in his field, DJ Double Jay has found a way to be different from other DJs. This has led him to be easily noticed by all those that come into contact with his playlist.