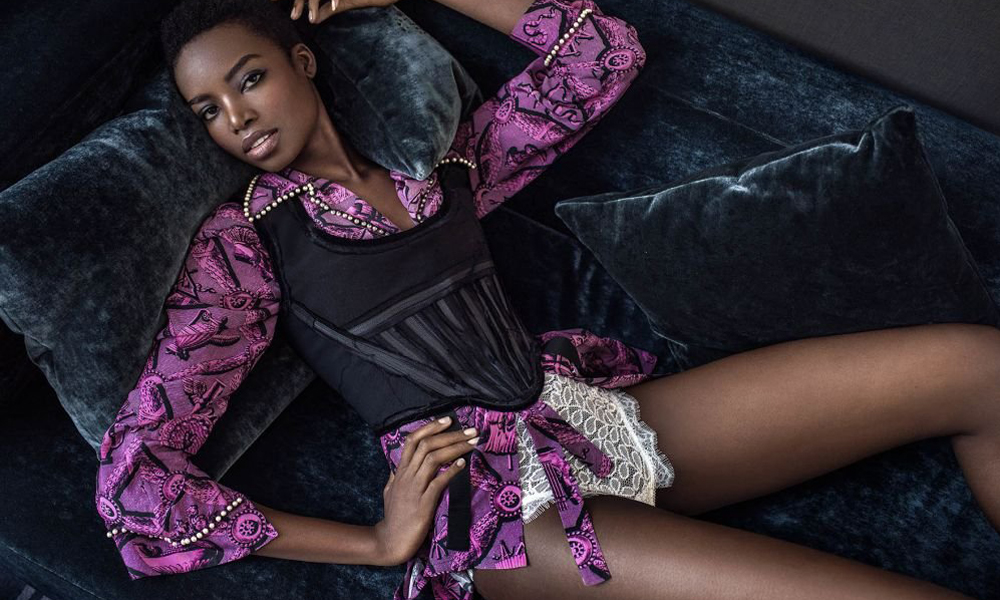 Angolan model, Maria Borges, was born and raised in the country’s capital of Luanda during a civil war. At only 11-years-old, Maria lost her mother. Her then 16-year-old older sister took over the role as Maria’s caregiver, leaving the two girls to depend on one other during years of violent warfare and conflict.

Maria initially entertained the idea of modelling simply as a means to earn extra spending money and save for University. She participated in the Elite Model Look Angola competition in 2010 and placed in the top ten. Though she didn’t win, she scored the attention of a local model scout who quickly placed her in an overseas agency. After her first few modelling opportunities, Maria’s sights fixed on New York and the no-longer-unrealistic plan of following in the footsteps her idol, Naomi Campbell.

The top model hit the streets of New York City sprinting. She booked 17 shows in her first New York Fashion Week season, dispelling any doubts industry professionals harboured about the newcomer. In her second season, she became a Givenchy exclusive.

Perhaps most notably, Maria became the first-ever model to walk the runway of Victoria’s Secret annual show with her natural hair. Under the encouragement of British Vogue’s Editor-in-Chief, Edward Enninful, and Riccardo Tisci, Maria decided to sport her short, natural afro in her third year walking the show. The following year, two models followed suit on the VS runway. Maria’s unabashed move to embrace her natural beauty is only one feat in her overall goal to inspire women ­ namely those struggling to find themselves represented.

In this article:Angolan model, Maria Borges, Model of The Week