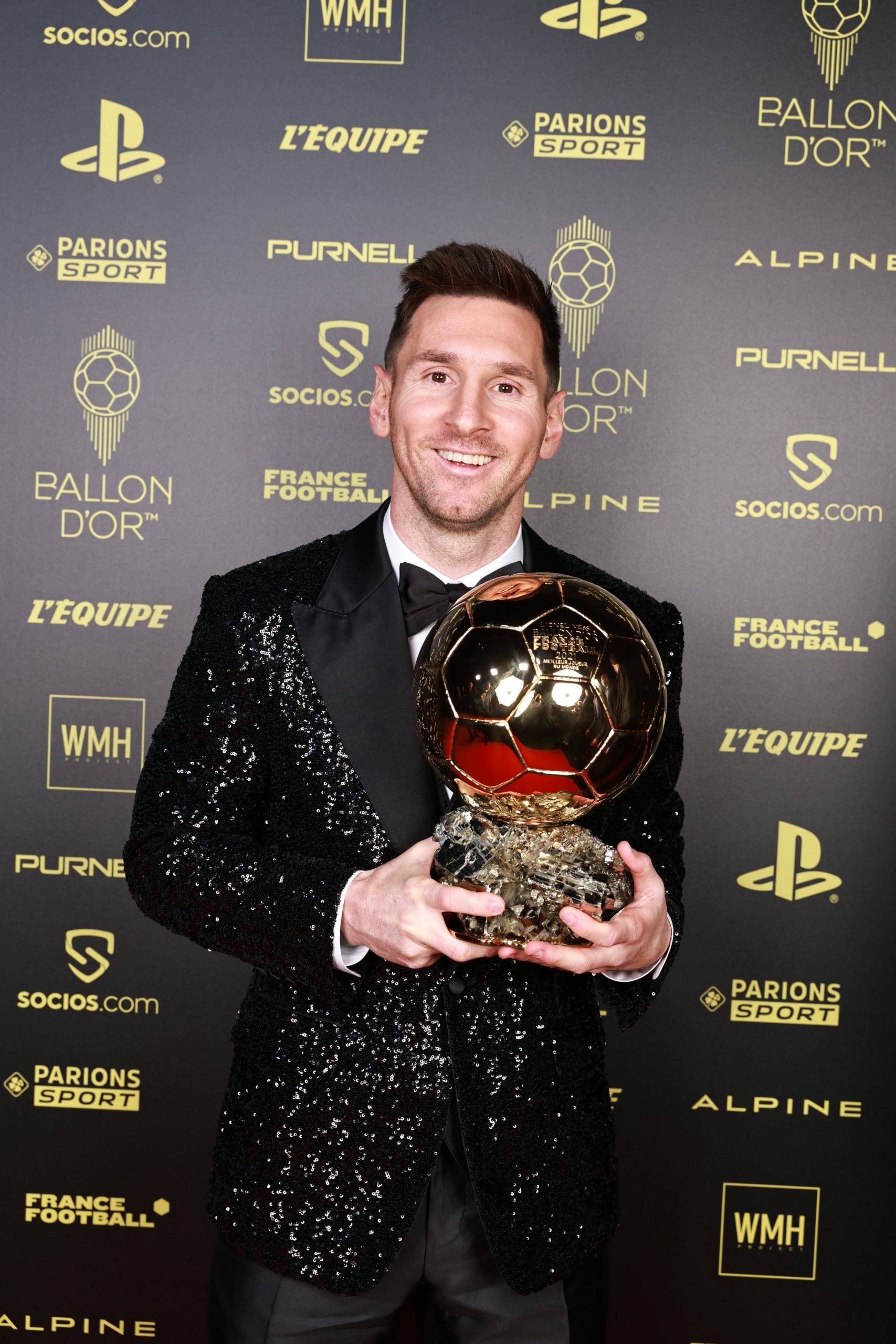 LIONEL MESSI HAS won the seventh men’s Ballon d’Or of his illustrious career at a ceremony in Paris.

During his speech, however, Messi singled out for praise Polish star Lewandowski, who missed out on a Ballon d’Or last year when organisers France Football controversially decided — in July — that the pandemic’s disruption of the football calendar made it impossible to judge the year fairly. Lewandowski finished the calendar year with a world’s best 47 goals, winning a domestic double and Champions League with Bayern.

Describing it as “a real honour to compete with” Lewandowski, Messi added:

Everyone knows and was in agreement that you should have won it last year. I think France Football should award you your 2020 Ballon d’Or. You deserve it and you should have it at home.

Argentina international Messi claimed a maiden Copa America title with his country during the year and was top scorer in La Liga for the 2020-21 season with 30 goals as Barcelona finished third.

The 34-year-old also helped Barca win the Copa del Rey before moving to PSG in the summer.

He had collected the honour for a record sixth time in 2019 – one ahead of Cristiano Ronaldo – before the awards were cancelled in 2020 due to the coronavirus pandemic.

france-golden-ballLionel Messi, his wife Antonela Roccuzzo and their sons Thiago, Matteo and Ciro at the cermony.
Source: Christophe Ena

Ronaldo did not attend Monday’s event at the Theatre du Chatelet in the French capital but responded to Ferre, the editor of France Football – organisers of the Ballon d’Or, on social media.

“Pascal Ferre lied, he used my name to promote himself and to promote the publication he works for,” Portugal international Ronaldo posted on Instagram.

“It is unacceptable that the person responsible for awarding such a prestigious prize could lie in this way, in absolute disrespect for someone who has always respected France Football and the Ballon d’Or.”

Poland international Lewandowski, 33, who was widely expected to win last year, finished second after scoring 38 goals in 30 league games for Bayern in 2021, in addition to winning the Bundesliga.

Meanwhile, Jorginho finished third after a year in which he helped Italy to glory at the delayed Euro 2020 after lifting the Champions League trophy with Chelsea in May.

Chelsea also won the club of the year award.

The Blues’ Fran Kirby was the highest-ranked England player for the women’s award, finishing 10th.

Barcelona and Spain midfielder Pedri won the Kopa Trophy, the award presented to the best-performing player under the age of 21.

The 19-year-old was selected immediately ahead of England and Borussia Dortmund midfielder Jude Bellingham, while Manchester United’s Mason Greenwood was fifth and Arsenal’s Bukayo Saka sixth.

Gianluigi Donnarumma of Italy and PSG won the Yashin Trophy as goalkeeper of the year, while Lewandowski – whose 41 Bundesliga goals in the 2020-21 campaign broke Gerd Muller’s long-standing season record – was crowned striker of the year.