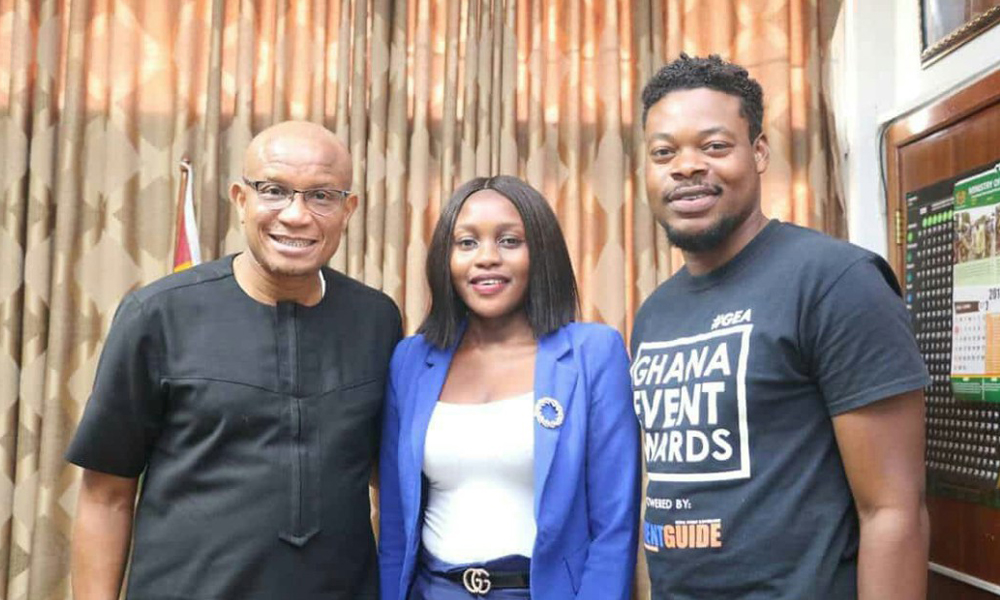 The minister for Information, Hon Mustapha Hamid, has endorse the 2018 Ghana Event Awards.

According to the minister, the concept of the award scheme is laudable and needs to be supported.

In an interview with the Kelvin Kenneth, Chief Executive Officer of EVENTGUIDE, when he paid courtesy call to his outfit, the minister said “This is indeed a good concept that needs everyone’s support.”

The 2nd edition of the prestigious 2018 Ghana Event Awards which opened its nominations on July 3,2018 will close nominations on Tuesday 31, July, 2018.

The nominations are opened to the general public, event companies as well as corporate institutions who have distinguished themselves in their chosen field of operation through event creation and activation.

This year’s edition comprises of strong and competitive categories which after the completion of nominees will be judged by a formidable board then back to the public to decide the winners of the categories through votes.

In this article:Enterrtainment, Events, Minister For Information