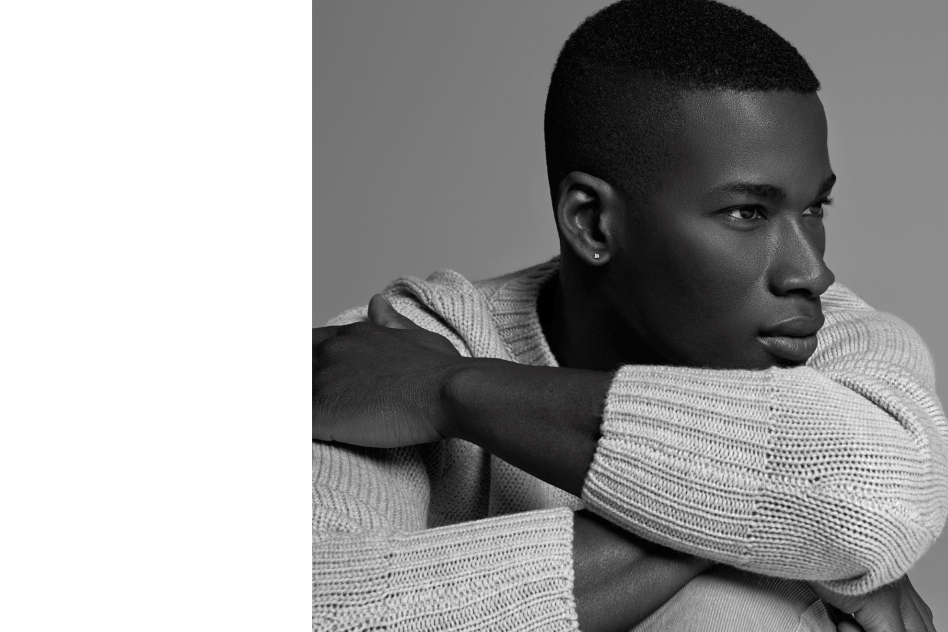 David Agbodji born in Paris on May 8 1987 with black hair and brown eyes. His parents are from Togo and he lived for 10 years in Moscow before the family moved to New York. Studying art at college he always had drawn pictures for his father and he saw this as a career more so than modelling.

A friend then asked him to model some of his clothes while he was in college and the girls at the fashion show went mad for him. He never looked at modelling as a long term career, just a way to work through college and earn some money.

David’s got as much energy as New York City itself. Aside from photography, he’s also passionate about playing basketball and his travels have seen him learn to speak four languages. As it turns out, David keeps his body chiseled by practicing martial arts, something he’s done for years.

In 2008 David signed with Re: Quest Management in New York and went on to be signed with Success Models Paris, Elite Toronto, Click LA, I Love Models Milan, Next London, Unique, Copenhagen and Sight Management Studio Barcelona.

David, in 2009 appear in 2 editorials for GQ magazine and he debuts at the opening and the closing for Calvin Klein in Milan. 2010 saw David become the face of Calvin Klein and he appears in editorials in V, Interview and French Vogue, GQ Style, V Man, 10 Men and on the cover of Numero Homme. He models designs by Calvin Klein, Louis Vuitton and Tommy Hilfiger.