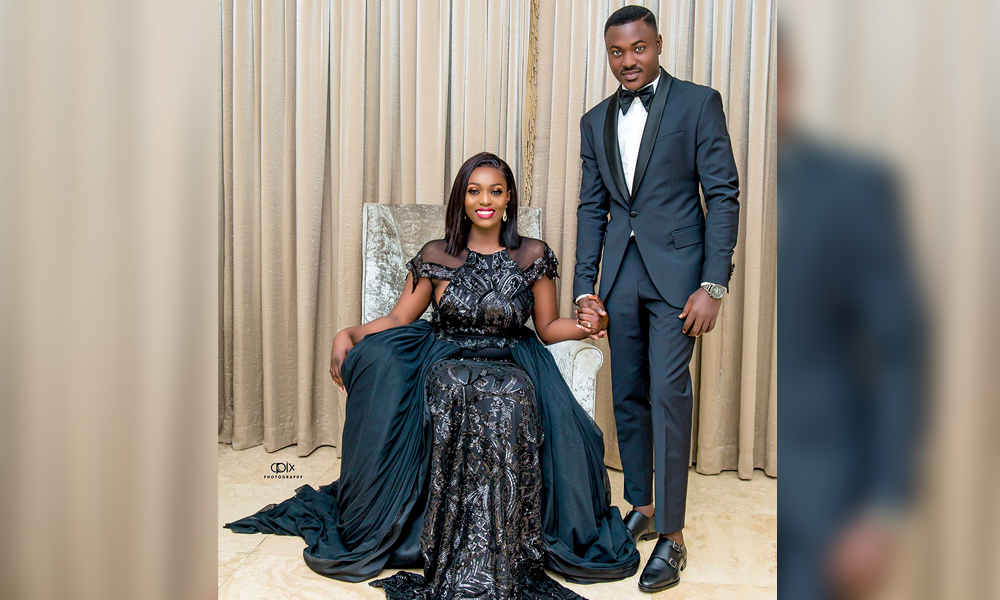 You remember the story of Twens – two musician friends who were in love with one girl. One had to give in so the other friend could date the girl in question for friendship sake. It might sound funny to you but at the end true friendship and commitment ruled.

Twens (pronounced twins) made up of Henry Kojo Gyan (Mr. Gyan) and Manuel Kojo Amegbe now known in the showbiz circles as Manuel Nonbada once ruled the Ghanaian music industry in the early 2000s with songs such as ‘Asem Ben Nie’ ft. Kwabena Kwabena, ‘Playas Want [Reloaded], ‘Put Me On Six’ and ‘Makuma’ ft. Coded (4×4).

Fast forward to 2018, who knew Henry could display so much love in reality after showing them in their songs?

Henry known back then as Mr. Henry and his fiancé Linda Antwi (IG name – @Parish___) have released their pre-wedding photos.

Well, Henry is all loved up with fiance. The young couple were professionally photographed by Cpix Photography.

According to some reports, the young chap proposed inside a jewellery store — and he allegedly got down on a knee to ask for her hand in marriage. The ring in question was a 8-carat ring with a 5-carat emerald-cut diamond centrepiece.

The pair who are getting ready to walk down the aisle on June 30th shared the photos exclusively to the public.

The entrepreneur proposed to Linda with a 8-carat ring with a 5-carat emerald-cut diamond centrepiece after one year and some months of dating.

“She’s very smart, silly, knows how to hustle even though she has a medical background. And she’s electrifying and understands me. Anytime you have all of that in a woman, what more could you want?”, Henry said about his wife to be.
Mr. Gyan and Linda both own Parish Delivery Services together aside he running his iGadget Ghana Limited and Henturk Investments separately as his own.
We wish them a happy married life ahead.

In this article:Mr. Henry, Photos, Wedding