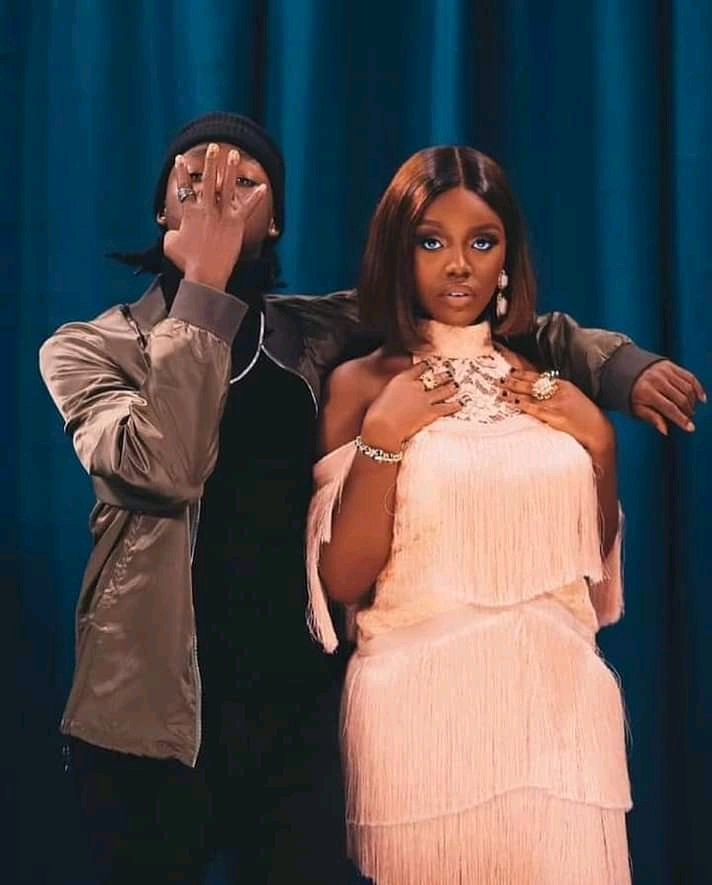 Gyakie after a successful and refreshing release of her much anticipated remix of her already blown and attention gained ” Forever” song has come under serious, career threatening, endangering scrutiny and attack musically, by Social media users and music fans- She has been backlashed and lambasted instead of getting accolades and appraisals after the release of her song.

I have seen many going after her, backlashing and throwing shades and jabs following her remix with Nigerian act, Omah Lay- these musical critics and backlashers have not attacked her personality and reputation alone but also her musical career and the remixed ” Forever” tune especially and particularly.

Following the criticisms and comments of Gyakie’s critics, they have already dragged and taken to musical gutters and cleaners, the remixed song of the singer- they believe that the song is ” wack” and below belt as they expected.

Critics of the remix believe that it can never be compared and matched with the original song- they hold the view that the act shouldn’t have remixed the song as she could have used that time to record a new one which I refuse to agree with them- In as much as the remix could have flaws as compared to the original one, I see nothing wrong with the singer’s intentions and plans to have recorded remix of her already blown song.

I believe strongly that works and musical crafts of artistes should be subjected to and brought under scrutiny but with this, I don’t support her critics- It sounds illogical to compared mimicked and duplicated crafts to their originals.

Analytically, there is no way the remix could have made waves, taking over and covering the attention the original ” Forever” song have gotten- No entertainment savvy and addict, intelligent and intellectual entertainment and showbiz pundit expected the remix to have been on the same line with the original.

Musically and philosophically, the probability of remixes being on the same popular and famous margins with originals is always low- it is not always expected and easy for a remix to overtake and conquer the space already blown and hit song has set.

Remixes have chances to make bigger waves if their originals didn’t hit- When original songs gain attentions and recognitions, it is not always possible for their remixes to overtake them or better still be cherished and Gyakie’s remix with Omah lay is not an exception.

There is an obvious and clear reason Gyakie’s critics are seeing her remix with Omah as wack and is because it’s original made waves and top charts both in Ghana, Nigeria and Kenya- there was no way the remix could have met the expectations of musical fans as it’s original did, unprecedentedly and immeasurably.

Not Gyakie and Omah Lay’s remix but in Nigeria, Patoranking’s biggest and hit song ” Girlie o” didn’t trend when he remixed it with Tiwa Savage- Bracket’s ” Yori Yori” song was never big at the time of it’s release but never fled when it was remixed with 2Face neither did Wizkid’s baddest boy got recognition when it was remixed and the list goes on.

The truth is, Gyakie was never expected to have done any extra ordinary thing on the remix of her ” Forever” song with Omah as she already did the unimaginable thing on it’s original- She was expected to have only rode and followed the rhythm of the song.

Gyakie is not the only artiste whose already made and blown hit song’s remix didn’t get the attention it’s original got- that doesn’t make it wack whatever.

Musically, ideologically, intellectually and philosophically, remixes of songs that have already blown, gotten attention and made trends and waves don’t always the powers and chances of overtaking and getting same trends their originals got.

I’m a strong believer and supporter of my own musical philosophy and ideology that not all already made and hit songs must be remixed and not all songs must be left “unremixed”.