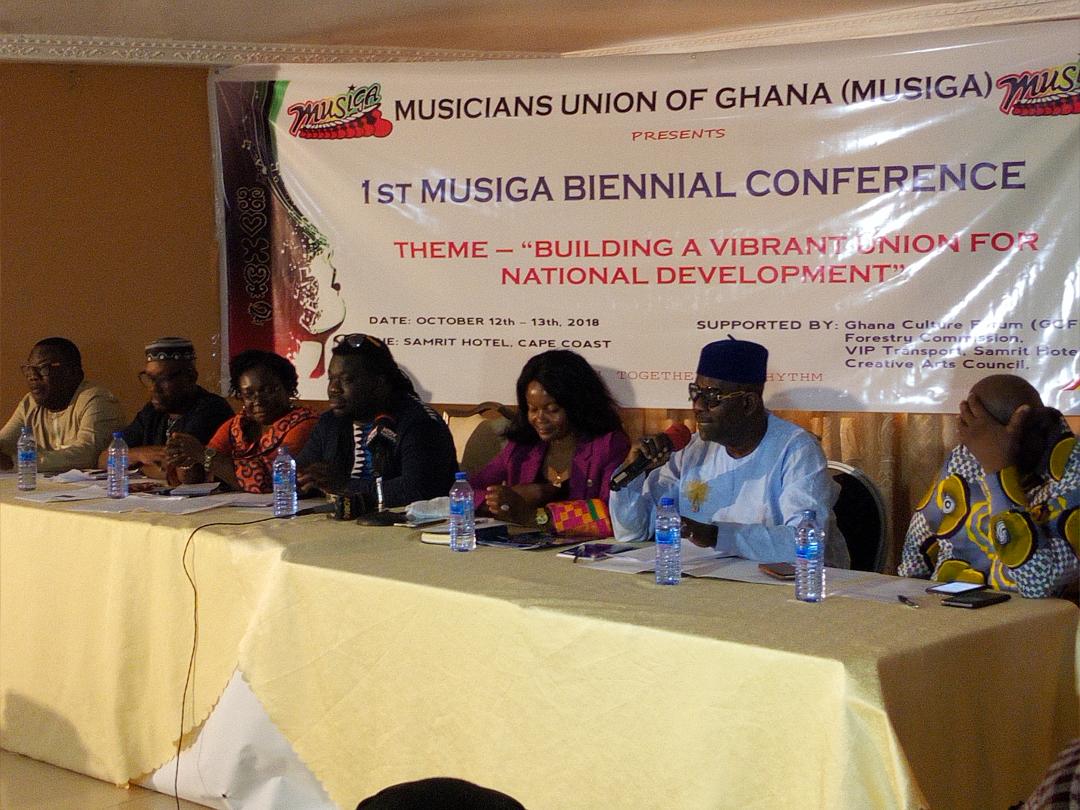 The Musicians Union of Ghana (MUSIGA) has set June 28, 2019 as the date for its national elections with regional elections following on October 25, 2019. This will be followed by its 2nd Biennial Conference in Accra on June 25, 2020. The elections will elect a new leadership for the Union after the term of the current executive under the leadership of its President Bice Osei Kuffour aka Obour.

This was announced by the General Secretary of the Union, Deborah Freeman at its 1st Biennial Conference in Cape Coast. The conference was under the theme Building a Vibrant Union for National Development.

Speaking as the Guest of Honor at the conference, the Central Regional Minister, Hon Kwamena Duncan assured the Union of government’s support in its work to ensure the welfare of musicians in the country.

Hon Duncan congratulated the Union for successfully holding its first biennial conference and called on musicians to continue to play a meaningful role in society through music that uplifts, heals and guides our nation.

MUSIGA President, Bice Osei Kuffour called on government to reintroduce music education into our basic school curriculum to ensure our youth enjoy the benefits of pedagogy and also create jobs for the teeming number of musicians with teaching skills.

He also called on government to make the KPMG’s Comprehensive Study on the Music Sector, a focal point of its interventions in the music sector. Obour also recounted the work the Union has done under his leadership.

The Trades Union Congress (TUC) Deputy Secretary General, Joshua Ansah said the informal sector of the economy has a huge impact on national development and musicians play a crucial in it.
A former president of the Union, Alhaji Sidiku Buari called on government to reintroduce tax waivers for the importation of musical instruments into the country to create more jobs for musicians. Diana Hopeson the immediate past president of MUSIGA who is also 2nd Vice President of GHAMRO explained the different roles the two organizations play in the music sector.

He noted that since MUSIGA is a member of the Union of Informal Workers Association (UNIWA) which is affiliated to the TUC, MUSIGA it will benefit from the technical support the TUC provides.

The conference was attended by regional executives from all over Ghana with a State Attorney from the Copyright Office, Dorothy Habadah present. Solidarity messages were from UNIWA, the Ghana Music Rights Organisation (GHAMRO), the Copyright Office, the Ageing Musicians Welfare Fund (AMWeF), Ghana Actors Guild (GAG) and the Ghana Culture Forum (GCF).