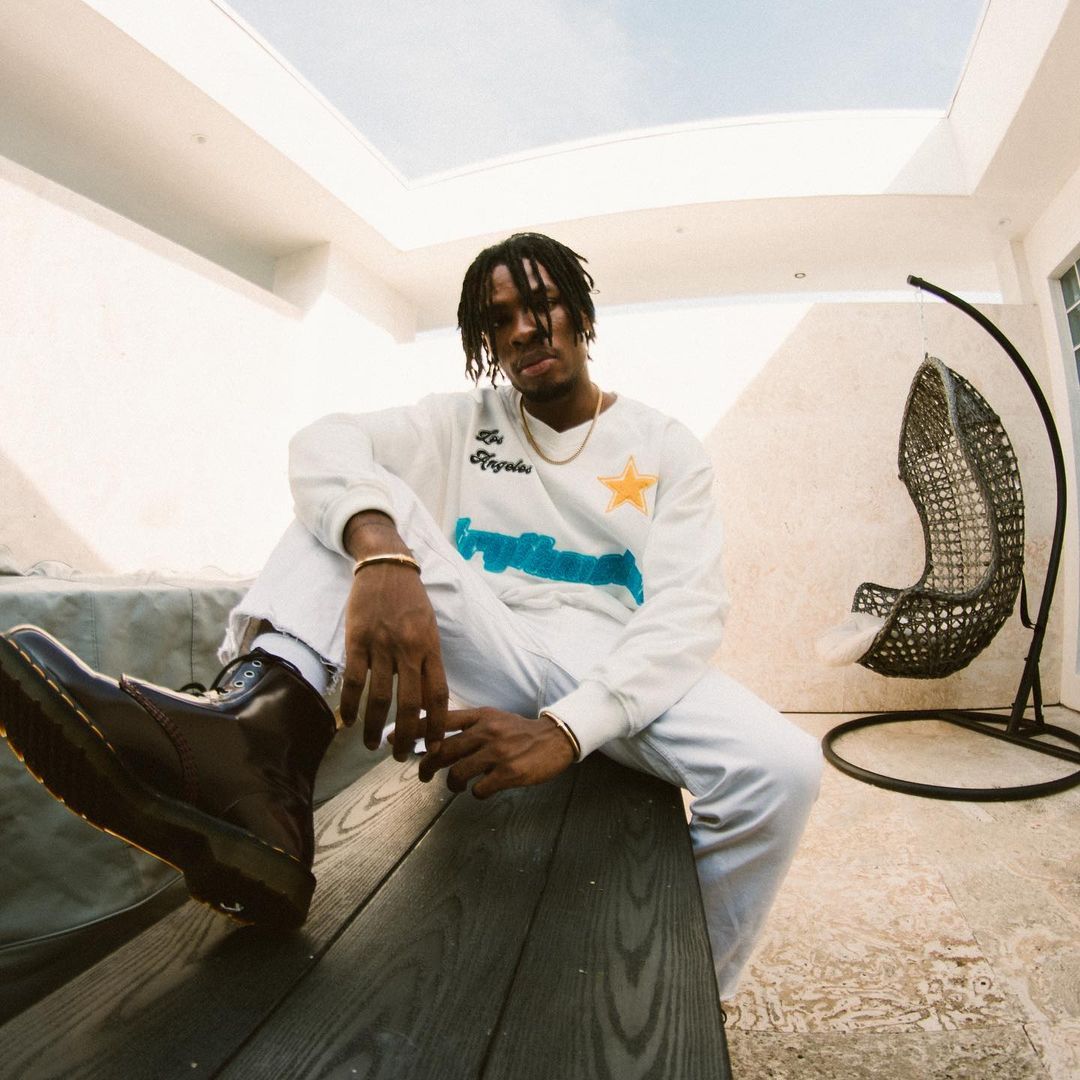 For pretty much every living artist with an internet connection, the golden goose is to go viral in one way or another. In 2021, TikTok is the primary avenue for that to happen.

But when Afrobeats singer-songwriter Joeboy’s single “Sip (Alcohol)” took on a life of its own as a TikTok challenge — where fans pour hard liquor and palm oil down their throats — he wasn’t comfortable at all with the way he went viral.

“I was very, very intentional: ‘That’s why I sip,'” the Lagos, Nigeria, native tells GRAMMY.com at a Manhattan hotel lobby. “Not drink, or gulp, or pour — so I wouldn’t be misleading people, encouraging them to get drunk or wasted.” While Joeboy enjoys a glass of white wine like anybody else, the single isn’t about drinking oneself blind; it’s an ode to chilling out and escaping life’s worries.

This aligns with the overall message of Afrobeats, an often dreamy and luxurious genre currently taking over the world. Sure, there are turn-up songs to be found, but you’re just as likely to find ethereal, therapeutic ballads that deal with matters of the heart.

And if you’re looking for that particular vibe, Joeboy, who released his debut album Somewhere Between Beauty and Magic and appeared on Major Lazer’s GRAMMY-nominated album Music is the Weapon in 2021, is one to seek out immediately. (He has an as-yet-unnamed EP on the way — look out for that in early 2022.)

GRAMMY.com caught up with Joeboy to discuss the true meaning of “Sip (Alcohol),” how an Ed Sheeran cover rocketed him into the stratosphere, and why he has no plans to rest on his laurels in the 2020s.https://www.youtube.com/embed//UEcAPvoSe_8

This interview has been edited for clarity.

“Sip (Alcohol)” has a lot of momentum right now. I hear you had to tell your fans to not do a TikTok challenge, though.

On TikTok, it was getting really, really crazy. People started pouring stuff [everywhere]. It was kind of off-brand for me. It was portraying the song in some kind of light that was not intended, so I had to speak up on that. People were drinking palm oil and pouring stuff on everybody.

They were drinking palm oil?

Yeah. It was crazy, man. It was a trend. It looked bad. When you come to an extreme like that, just chill.

What message were you trying to send with the song?

I’d say, in life, we all have challenges. It’s never-ending. It never stops. Sometimes, you need a break — a temporary escape.

For me, at that point, it was wine. I like white wine. So, I was in Ghana just staring at the sky, and these words just came into my head [Sings softly] “That’s why I sip my alcohol/ I don’t wanna reason bad things no more.” It’s a feel-good song. Regardless, there’ll be challenges, but we need to enjoy ourselves at the same time.

Right, so it’s not about getting wasted. It’s about chilling out.

That’s why I said “sip.” I was very, very intentional: “That’s why I sip.” Not drink, or gulp, or pour — so I wouldn’t be misleading people, encouraging them to get drunk or wasted.

While crafting “Sip (Alcohol),” what did you want to draw from, aurally speaking?

Right now, I’m listening to a lot of dancehall songs. I listened to a lot of Bob Marley, so that was kind of the influence. I really just wanted to switch my songs up. I felt like it was time for me to evoke something [different]. Variety is the spice of life. Regardless of how good or great it is, people get a different side.

I was trying to reach a large audience and court them with a song that everybody can relate to from all walks of life.

And what are you trying to impart with your next project?

I’m just trying to tell my story, firstly — connect people and give them music that makes them feel good, with good messages. That’s the idea of the next project — singing about real life, basically.

So, what is your story? Can you relay it to me in a microcosm?

Growing up, for me, I had a lot of experience through music, through going to college at the University of Lagos. The music was based on my love life, pulling from my experiences and lifestyle. Things I’ve seen people do. The way your environment influences you.

I was born in Lagos. It was crazy, it was fun. I think Lagos is one of the best places. It’s very, very wide and populated. Lagos is a fast city, so you have to be sharp. You have to be on your A-game. This morning, I was feeling like New York is like Lagos, in a way.

Is Lagos crazy in a good way?

In a good and bad way. Sometimes, it’s in a bad way. I think it’s pretty typical of densely populated cities.

What inspired you to get into the music business and devote your life to this?

Destiny. I always loved and enjoyed making music. Starting out, I just kept pushing in that direction. I felt like that was the only way I was headed. I remember all I did was make music for fun.

I used to record a lot of popular songs by Ed Sheeran. I recorded “Shape of You.” I posted it on my Instagram and it went viral. That’s how I met [fellow Nigerian singer/songwriter and Joeboy’s mentor] Mr Eazi. He sent me a DM and we started working together. And from there, I took music more seriously.

So, it’s always been a big part of me. My dad used to play the keyboard in church. My brother used to play the guitar. I sang in the choir. I was always involved in it. Life kept pushing me in that direction.

“Shape of You” definitely has some international flavors.

It has the beat of dancehall, pop, R&B… it’s a worldwide song, basically.

I feel like Ed Sheeran and Drake did a lot to push those genres to the forefront.

It’s been amazing. I’m so happy that the Afrobeats sound is becoming a world-renowned sound, like Wizkid, Burna Boy and Davido. It’s going to open more doors for African music, and it’s been great.

Back to the “Sip (Alcohol)” video. What would you want to say to people who took in a weird spirit?

I think it was just an issue where negativity gets [out there]. I don’t mean everybody was doing weird stuff. I posted on my page today the positive sides of a vibey song like that. It’s cool — it’s not cranky. It just started becoming a trend, and I wasn’t comfortable with that, maybe.

Where do you see yourself going in the future? Do you feel that your best music is ahead of you?

I’m one of the biggest Drake fans ever. I’m a big fan of Drake and Chris Brown. I watched a documentary on them, and I saw how they work. They don’t stop. If you want to stay hot, you have to keep working and improving yourself. That’s what I believe in.