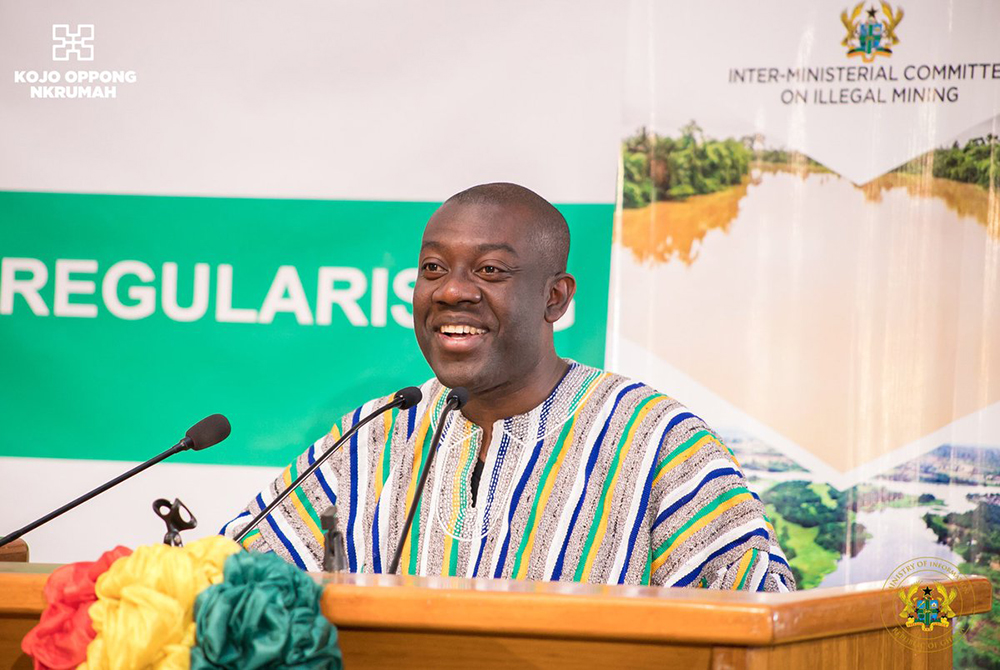 Some, out of about 100,000 beneficiaries who were enrolled on the NaBCo programme have expressed displeasure in the government, as their monthly stipends of 700ghana cedis were not released.

The Deputy Minister in charge of Information, Hon. Kojo Oppong Nkrumah has stated that, the Nation Builders Corp(NaBCo) programme has completed the resolution of challenges it encountered with the processing of stipends for some 9,235 beneficiaries, as payment is to be effected this week.

According to the Deputy Minister in Charge of Information, NaBCo stipends for 2018 were fully funded in the 2018 budget and payment commenced for some 77, 907 beneficiaries.

The Nation Builders Corps, NaBCo programme which was launched in May, 2018 is a government initiative to address the high level of graduate unemployment in Ghana.

Under this programme, graduates will be trained, equipped with the necessary work tools and deployed around the country to engage in the following programmes, Educate Ghana, Heal Ghana, Feed Ghana, Revenue Ghana, Digitize Ghana, Civic Ghana and Enterprise Ghana.

Addressing a press briefing at the Eastern Premier Hotel, Koforidua in the Eastern Region, Mr. Kojo Oppong revealed that, a little over 18,000 beneficiaries unfortunately did not receive their stipends for various reasons such as, about 12, 000 of the beneficiaries gave wrong USN numbers, 1000 gave wrong ezwich numbers, 1300 were found to be on the Forestry Commission payroll, 322 already on the YEA payroll, 408 on the National Service Secretariat payroll, 7 had already been put on the Ministry Health Nursing Training programme, 1702 were found to have been already employed in other sectors, 6 were flagged as the already employed with duplicate ezwich numbers, 85 required a change in their cards, 7 provided duplicate details, 394 had mismatches of their names between the NABCO system and Ezwich system and another 50 had duplicate ezwich numbers.

Mr. Kojo Oppong stated that, these difficulties it encountered called for a halt in further processing of the payroll for the data set to be corrected.

According to him, the secretariat informs that, 9,235 of the beneficiaries have now corrected their data and thus will be paid effective this week as it tasked beneficiaries to correct their data for it to be rekeyed into the system.

Deputy Minister of Information, Mr. Kojo Oppong Nkrumah stated that, the beneficiaries December and regular stipends are also programmed to be paid immediately afterwards, encouraging about 8,766 beneficiaries who have an outstanding data issues to correct them for payment of stipends to be done.