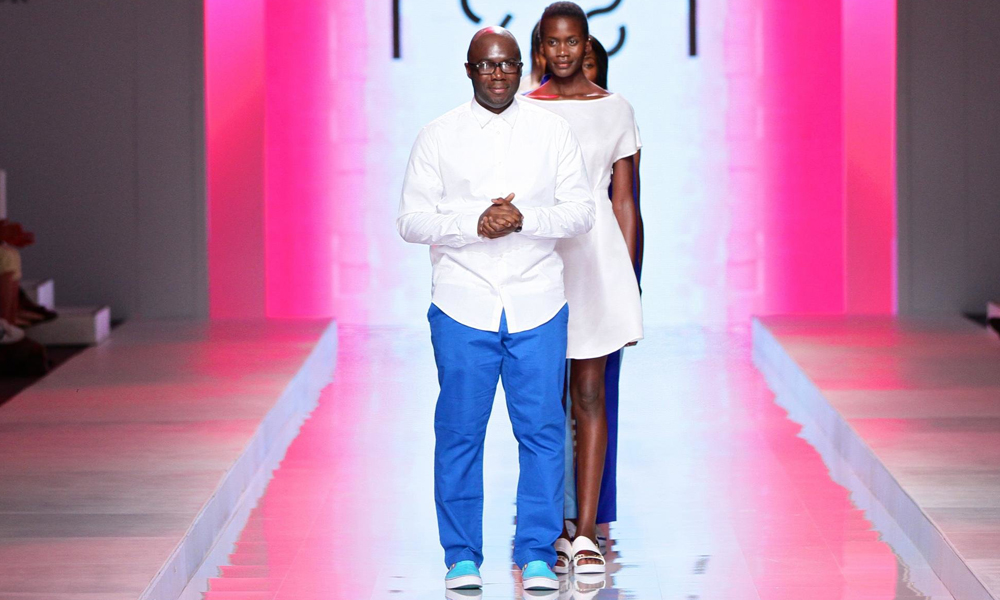 He is a Ghanaian-born, Italian-based, designer, Nana K Brenu, tried to find a harmony between his African culture and heritage and his European and American training and education. Fashion became a by-product of Mr Brenu’s eternal love for art.

After completing a degree in Latin American and Caribbean Studies the turning point came when a dear friend insisted he apply to Parsons School of Design. He was accepted on a scholarship and his colourful, creative journey began. When asked in an interview with afrobougee.com about his 1981’s collection and what inspires him, he said it is the diverse cultures, the different personalities, the landscape, the vibrant colours, the simple but complex traditional architecture and the traditional craftsmanship.

His 1981 collection was conceived in 2012 by in his quest for equilibrium between two highly contrasting genres of style. The first being his Ghanaian heritage characterized by vibrant colors and bold prints in contrast to his modern minimalistic design sensibilities that is highly influenced by modern art, design and architecture including the main principles of minimalism.

In a departure from the use of bold prints and colours typically associated with African designs, 1981 is influenced by the impact of the complex simplicity of the monochromatic geometric designs of traditional Ghanaian symbols. Although traditional by conception the designs have a very original, and modern feel.

The highly original and unique design philosophies of 1981 are based on the notion that design should reflect who you are, where you are from and where you have been. In other words clothes are the storytellers in the journey of our lives. This concept is reflected through Nana’s Ghanaian background, design studies and work in NYC and Milan.

Mr Brenu says his biggest achievement so far will be finally opening the brand’s first flagship store in Accra, Ghana. It took a giant leap of faith as most brands wait a long time before opening their own stores. He considers the challenges to be finding a middle ground between being creative and at the same time being commercially viable.

In this article:Designer of the week, Fashion, Nana K. Brenu