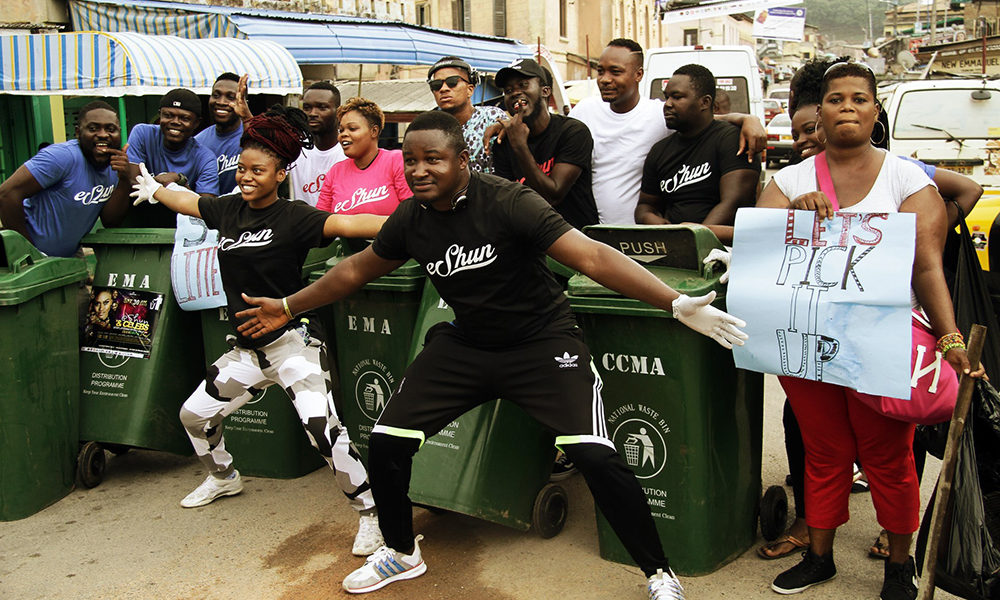 As part of efforts to campaign against littering, the “Someone loves me” hit maker eShun, last Saturday organized a street walk to create awareness on the need to end the practice within the Cape Coast metropolis.

The songstress and celebs started the walk from London Bridge and walked through the principal streets of Cape Coast. |Watch video above.

In an interview, eShun, the United Nations High Commission On Refugee High Level Supporter explained, ‘This walk was to create awareness among the residents of Cape Coast to stop littering since the eradication of the practice starts with every single resident of the metropolis.’

Acknowledging the metro assembly’s effort to clean the city, eShun known in private life as Ethel Eshun appealed for more to be done. She cited lack of waste bins on the streets of the ancient national capital as a huge challenge to enhancing sanitation. She called for the channeling of more funds into the acquisition of labelled litter bins which will encourage sorting of rubbish into organic and plastic waste.

She believes this would reduce the spiraling practice of people littering the streets.

‘I believe that if we are to stop the bad habit of throwing away or leaving rubbish lying around in public places – the State needs to enforce laws on littering and also encourage communities to desist from littering by instituting reward regimes’, eShun proposed.

In attendance were some music artistes, DJs, radio personalities and members of the Creative Arts and the Media.

eShun revealed that she will be releasing her New Hit Song ‘I want’ Music Video Soon and edge all to follow her on her social media platforms for more information @eShunonline.

In this article:Entertainment, Eshun, Music