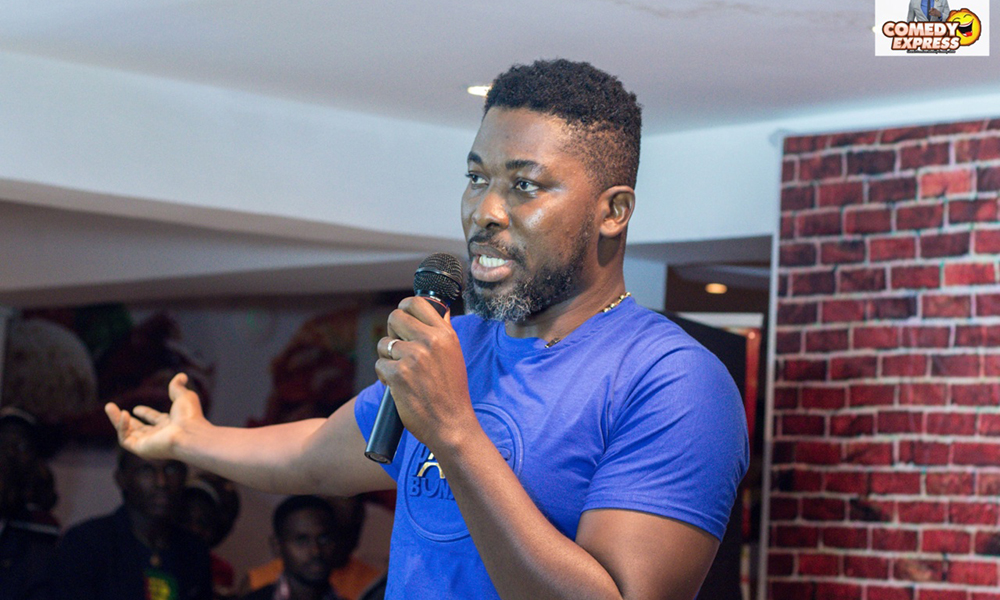 Patrons who gathered at Eddy’s Pizza Osu, last Friday for the comedy express comedy show were treated to a very exciting evening. It was all fun and laughter as the billed comedians on the night kept audience in a hilarious mood from start to end.

Coming off an excellent show last month, this month’s edition witnessed a mammoth crowd who trooped into the venue to also have a bite of the apple. One will say no one regretted passing through as each person was served with unadulterated fine GhComedy.

There was also an unusual name in comedy who mounted the stage after 9 good years. APlus was the guest performer for the night and prior to the show many were a bit skeptical about him, but he delivered and it was amazing to see him perform. His act was a steady craft of jokes mixed with great wits amidst his controversial self.

Speaking to him, he said “It’s very satisfactory to return to comedy and nail it. I feel very good about myself that I delivered because it has seriously been 9years and if it had been someone else he wouldn’t have found it easy but thankfully I came up flying”

The comedy show has a record of hosting top celebrities in the country, over the years, celebrities such as KSM, Nana Ama McBrown, Kalybos, Van Vicker to name a few have passed through to enjoy themselves, this time around, online sensation Rosemond Brown aka Akuapem Poloo, Ghana movie awards CEO Fred Nuamah, Big brother house rep Elikem and Blackstars Goalkeeper Razak Braimah were in attendance.

Performers on the night were comedy king DKB, Sportoo, Crypto, Alowess, Putogo, Teekay, Waris, Khemikal, Lekzy, OB and a surprise music performance by Dada Hafco with the hottest highlife song now, it was hosted by witty MJ the Comedian . Each comedian raised the bar for the event and cracked the ribs of audience with perfection.

Another unexpected side attraction was the attendance of Glo Ghana network and their marketing executives to educate the audience on their upcoming Glo Lafftafest comedy event on Sunday 12th August. There were lots of giveaways with each audience member going home with a bottle of DJ Sparkling non-alcoholic Champagne. Comedy Express is a monthly comedy show which comes off every first Friday of every month at Eddys Pizza- Osu branch, next edition is slated for 7th September. You can also catch the show on Joyprime every Thursday at 7:30pm.