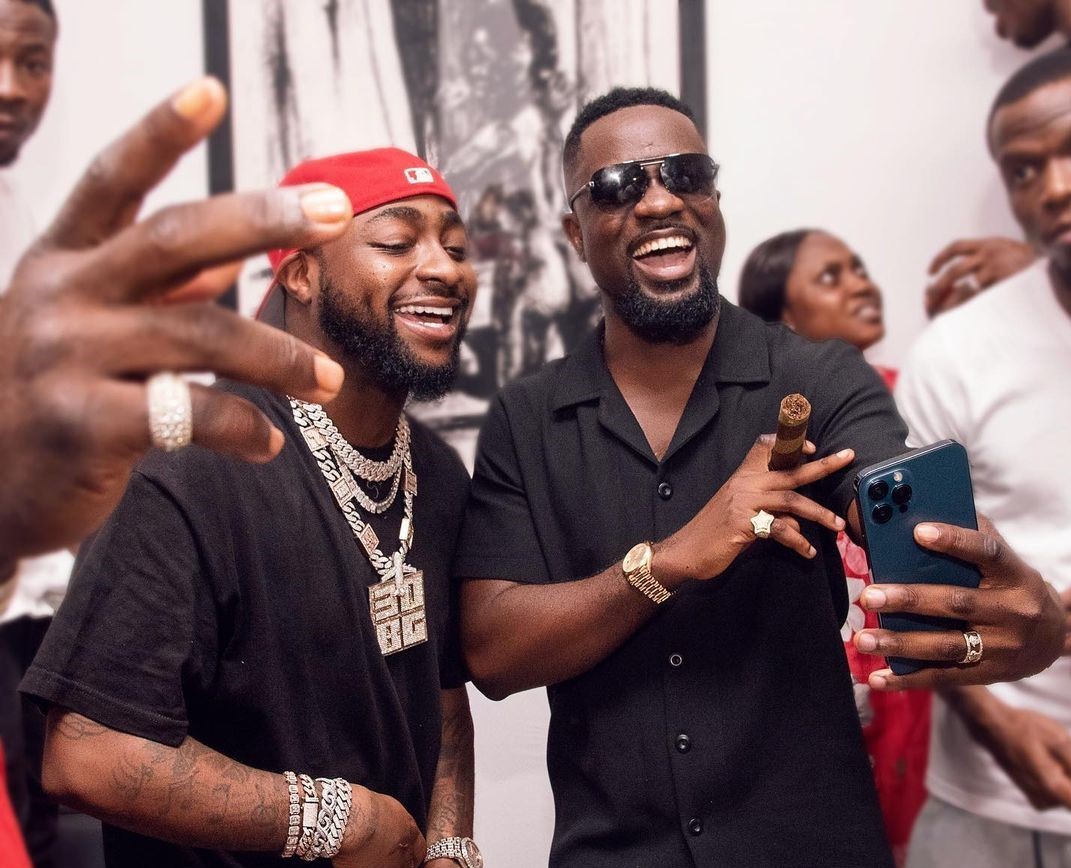 BET award-winning Ghanaian rap musician, Sarkodie, on Sunday, August 22, made a stop in Nigeria to host an exclusive “No Pressure” the album listening party for his celebrity and industry friends at The Vibe Lagos.

The star studded private session was attended by public figures from the music and movie industries with appearances by Mavin Records Gaffer, Don Jazzy, Davido, Zlatan Ibile, Phyno, Rudeboy (Psquare), Oxlade, Jim Iyke, Moet Abebe, Rexxie etc. who were captured dancing and bobbing their heads to the music in a corner.

Sarkodie , who is currently on a cross country media tour to intensify the promotion of his critically acclaimed album, will be in Kenya today to further activate his materials in the Eastern part of Africa.

In July, the Hip-Hop heavyweight released his long-awaited seventh studio project which explores his monumental growth in the music industry over the past decade.

“I think that great art comes out when you have freedom especially mentally, to be able to create an organic sound and organic music, with no boundaries,” Ghanaian rap legend Sarkodie tells Apple Music. “No Pressure is just me saying, trust me; I’ve been doing this for over 10 years; I need the space to crate the organic music that i’ve alway been doing. Just trust the process; I know what i’m doing—but obviously we’re still going to elevate.”

While living under lockdown helped, creating a seventh album from a place of creative freedom has been on Sarkodie’s mind for a while. “I felt this way for about three years, maybe even more,” he explains. “It’s just that it’s a great time to speak about it. In Africa there’s a lot of pressure on artists to do things that people would call success. I’m an artist’s artist. I really believe in good music.”