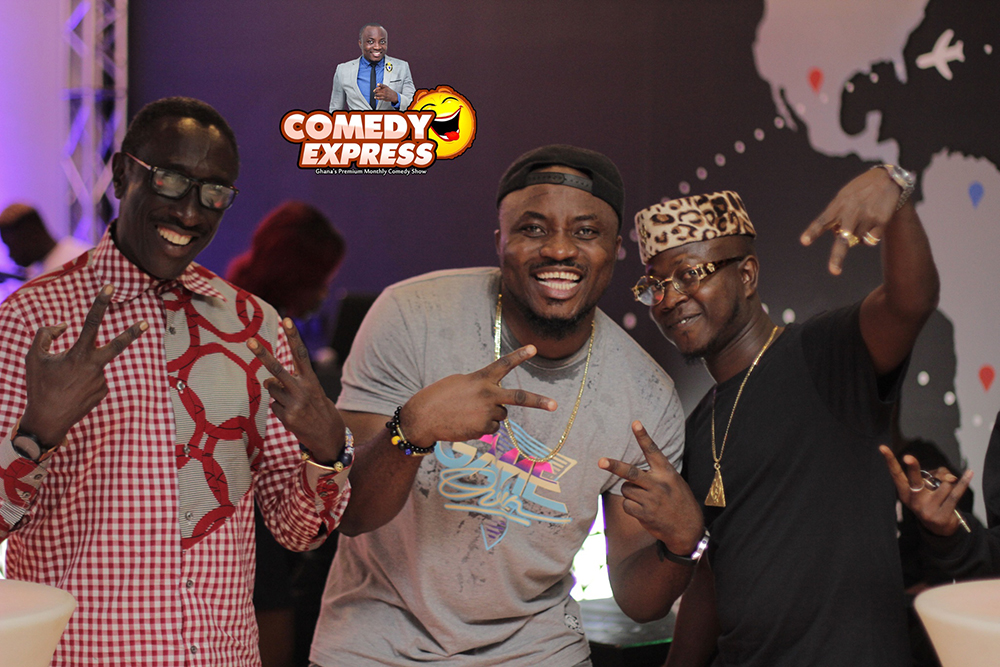 Comedy Express was the place to be last Saturday night inside Cockpit bar & Lounge Achimota mall; it was lit up with hysterical performances from the comedians that were billed.

Each act took turns in firing the seated audience with jokes that injured their ribs. I am sure for most of the people seated there it was their first encounter with Ghcomedy, these group of people I believe had a memorable night.

The host on the night MJ The Comedian was on point, from his clothing to his performance, there couldn’t have been a better host for the night. He won the hearts of many with his jokes and his personality. I am still waiting for the time comedians would be tasked with the job of hosting mega shows in the country.

This month’s edition had a host of celebrity appearances. K.S.M, Ayittey Powers Coded, Flowking Stone, MD of Multimedia Mr. Santokh Singh to mention a few were among the audience who came to have a great night. The performances on the night were top class, performing were James Brown, Teekay, Alowess, Opana Pop, Sportoo, Crypto, Comedian Waris, and DKB. Each billed act gave out their best and it has left a mark on the patrons forever.

The Godfather KSM himself shared a few words of encouragement and appreciation to the whole team for putting a sterling performance. He further spoke about how proud he feels about the progress of comedy so far.

Comedy Express is your premium monthly comedy show that happens every 1st Saturday of the month. The next edition is set to happen on 3rd November, advance ticket line is 0571241341. It also airs on Joy Prime TV and you can watch every episode on YouTube by subscribing to the channel “Comedy Express Ghana”.