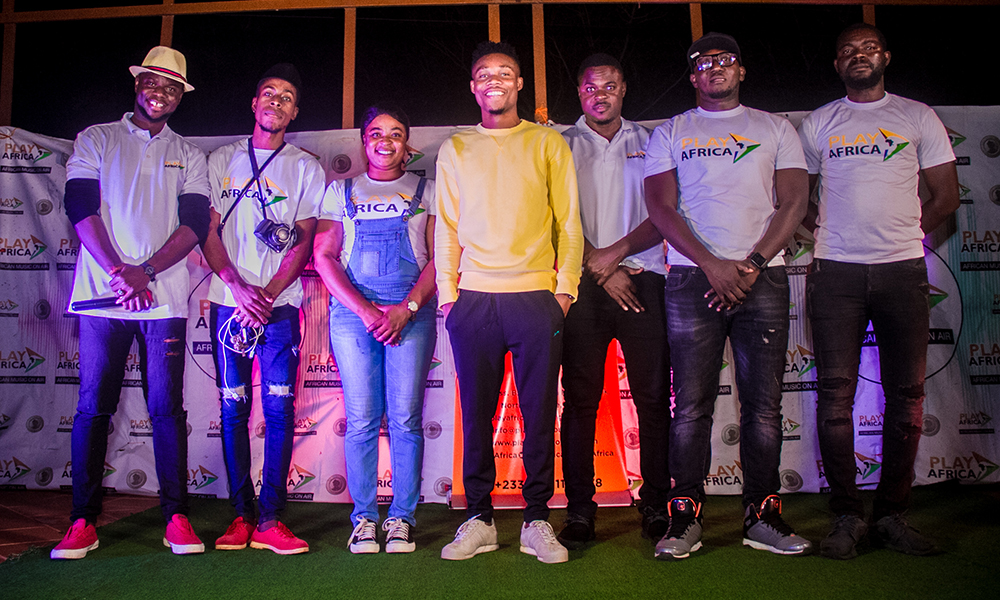 KD Bakes currently is one of the best Afrobeat/RnB singers from Ghana, based in Volta Region. His unique voice which always drives your attention is what makes his slogan “Still the melody de kill you” more fit for himself.

The Love for KD Bakes music in the Volta Region of Ghana can never be look down upon as all the youth from Sogakope filled Villa Awoyo on Saturday night. The BonFIRE night was to close 10pm but had to jam until 1am because the fans of KD Bakes and the entire Sogakope people were not ready to close but rather wanted more of the artiste.

As a professional nurse he still makes time to combine music career and makes sure he entertain his fans at all times. After his break up from the Belce music group “Carry Me Away” is the major single he has released. KD Bakes has two songs on Play Africa music app. His second single featured Shaddy and Kris from South Africa titled Make Sense’.

The night was climax with performances from two strong artistes from Sogakope. These are rapper Wolfman and dancehall artiste Nambaline and couple of dancers.

During the fans interaction session, a fan advised him to stick to his genre and never follow the noisy trend as they grow. He is set to release a new single titled ‘Ran Go’ before the end of the year.

The fans who attended the Bonfire night were on fire as they enchant their slogan ‘Soga we Dey; Your mind for dey’
Play Africa music streaming App a product of Alicia Global Connect Communication LTD. is the only streaming company in Africa that is really touching grounds promoting and selling music to all music lovers. One of the key methods they are using is the BonFIRE night with the stars. The highly motivated team reached Sogakope in the Volta Region over the weekends on 18th August, 2018 to give the fastest rising star KD Bakes whose song ‘Carry Me Away’ has top No.4 out of over 10,000 listed songs on Play Africa.

Download Play Africa from Google Play store with this direct link to stream your favorite songs for the artiste to be on Top10.
https://play.google.com/store/apps/details?id=com.playafricaonline.android