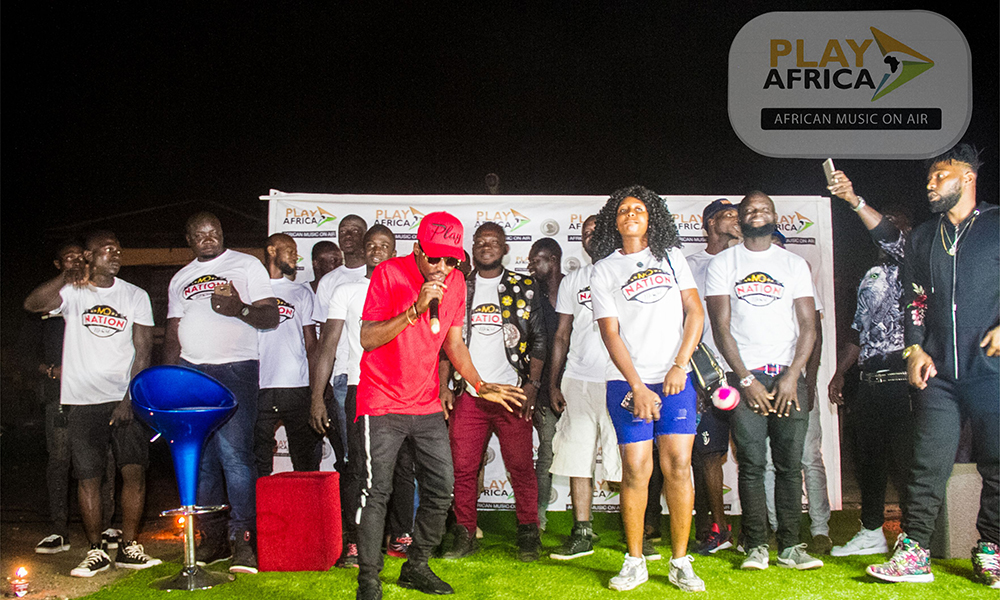 Play Africa, the biggest African music library on Google Play Store, is not only proving to be for sales of music as its main agenda but also warding off the free download system. The streaming company is also proven versatile in other areas of business, thereby launching its maiden edition of the Bon Fire night with the STARS that not only cause an exposure but will also promote sales of music.

On 28th July 2018, Play Africa team took Ashaiman by storm as they celebrated a young rising act called MO QID. With 28 songs listed on the mobile app, he is currently No.1 on the Top 10 listings for the past 120 days with his song ‘SAVE BI”. MO QID is highly respected in his neighborhood for being hardworking, selflessly encouraging and relentlessly focused on his work. The vineyard of MO QID is highly characterized by a movement, which has been the backbone of his success known as MO NATION.

The bonfire night brought back the African connection, tradition and a foresight of the dimension that African music will have to take. This was an opportunity to educate the masses on a daily need to end free music download in Ghana and the need for artiste to monetize their songs for sustainable income.

The Bon Fire night was highly attended by fans from Mo Qid and with a special appearance of the amazing music duo Gallaxy from Ghana to support their brother. During the night, the rising star explained to his fans that he always encourages the youth to save every penny for their future in which he put in his song SAVE BI.

He also sends a strong message to the Ministry of Sanitation and Water Resources to support Ashiaman in promoting total sanitation. ‘It is my hope that Ashiaman will one day be free from dirt for people to live a healthy life’ he remarked. Mo Qid was so passionate to show his best friend called Watarra who has supported him financially throughout his musical career.

The PR of Play Africa, Mr. Fidel Blaque, who hosted the show indicated that the 2-hour show, preferably held under the open heavens, would not only help connect with the fans but also inspire unity and togetherness that artiste and fans could ever have.

Play Africa Bonfire night with the stars indeed has come to stay, to push the agenda of sales and the need to end free music download by downloading Play Africa app to access all songs from your favorite artiste.

In this article:Events, Play Africa