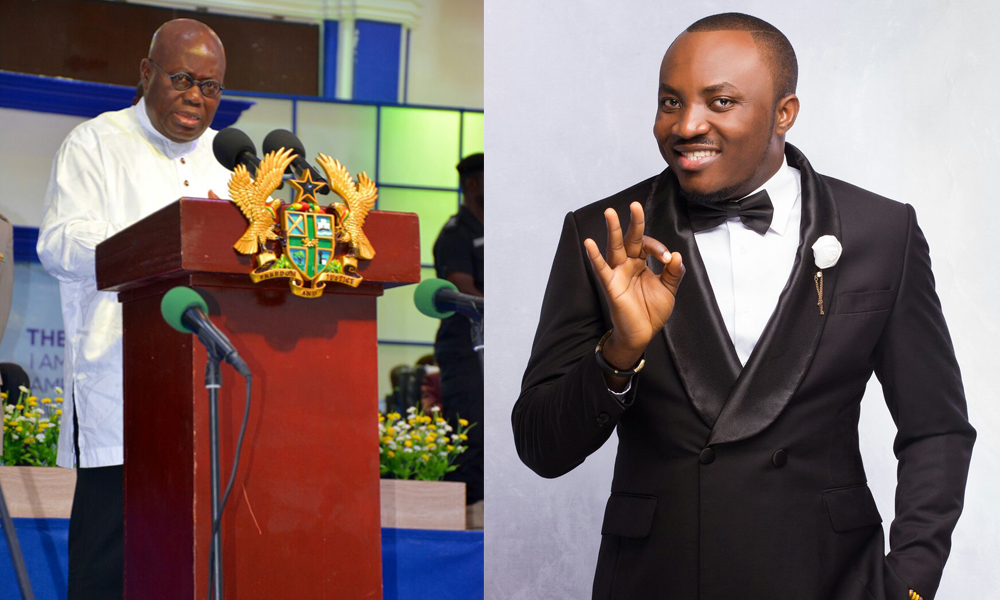 The President of the republic of Ghana, His Excellency Nana Addo Dankwa Akuffo has accepted a request to host Comedian DKB at the Jubilee House. The comedian who performed to the president and other dignitaries at the just ended MUSIGA Presidential Grand Ball held at the Accra International Conference Centre threw his request at the president and it got granted.

It was wonderful night for the comedian as he cracked the ribs of the President and his Vice with his jokes, the comedian used the opportunity to request a sitting with the first Gentleman of the nation to discuss the future of the comedy industry.

The Comedian who has asked to be now called “The Presidential Joker” wants to take comedy to the next level and he believes meeting with the highest office in the land and sharing his plans with the President, Ghcomedy can make a good headway for the future.

“After meeting influential entertainers for discussions such as Shatta Wale and Stonebwoy, I believe it is time for me to meet with the President on behalf of comedy. Comedy has come a long way but we are struggling to stand on our feet now. We have over the years hosted sold out shows and it is time to move to the next level’’ DKB Said.

The President gladly shook his hands and assured him of the decision to welcome him to the presidential palace. There were also amazing performances by Patience Nyarko, Adina and Tic Tac. Pinodo, Asabea Cropper, Naa Amanua, Pat Thomas and Daddy Lumba who invited the Maestro Kojo Antwi on stage.

Photos: Comedian Waris And Other Comedians Thrill Fans At The Easter Comedy Show.

Ghana’s King Of Satire KSM To Lecture At The University Of Rhode Island, USA, Starting This April.