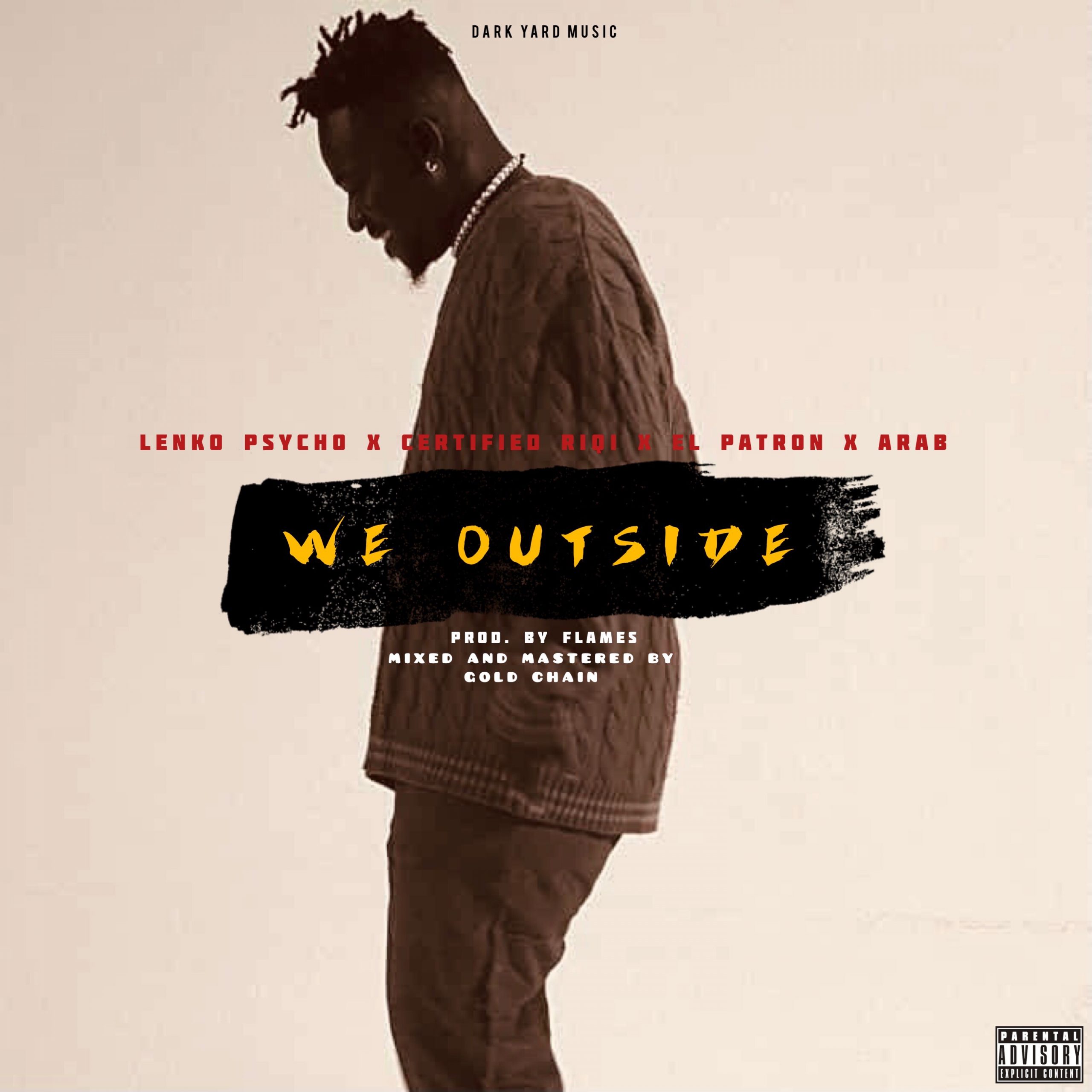 California based Ghanaian rapper Lenko Psycho has a new single for his fans. The song is available on digital music stores via this link: https://distrokid.com/hyperfollow/lenkopsycho/we-outside-feat-certified-riqi-el-patron–arab

The Drill themed street anthem dubbed “WE OUTSIDE ” depicts what his lifestyle is all about. In the song he constantly makes references to the various ways he makes money and how he spends it.

As Drill music evolves and grows around the African continent, fans stay on the lookout for new artists looking to make their mark on the music scene and Lenko Psycho has everything he needs to become another global superstar from the motherland.

Lenko Psycho has distinctive vocals which makes it very easy to identify him on a song. His delivery and lyrical prowess is impeccable. The high anticipation on the immense buzz “WE OUTSIDE” is due to get from fans and music media outlets. Lenko has been making music for quite some time and his growth is clearly evident with every new release.

His creativity and artistry is on the ascendancy and he is going to go places if he keeps moving at this rate. The energetic artist has gained massive traction in the United States of America and is keen on reaching a wider audience here in Africa.
This phenomenal piece of music was produced by Flames and was mixed and mastered by Gold Chain.