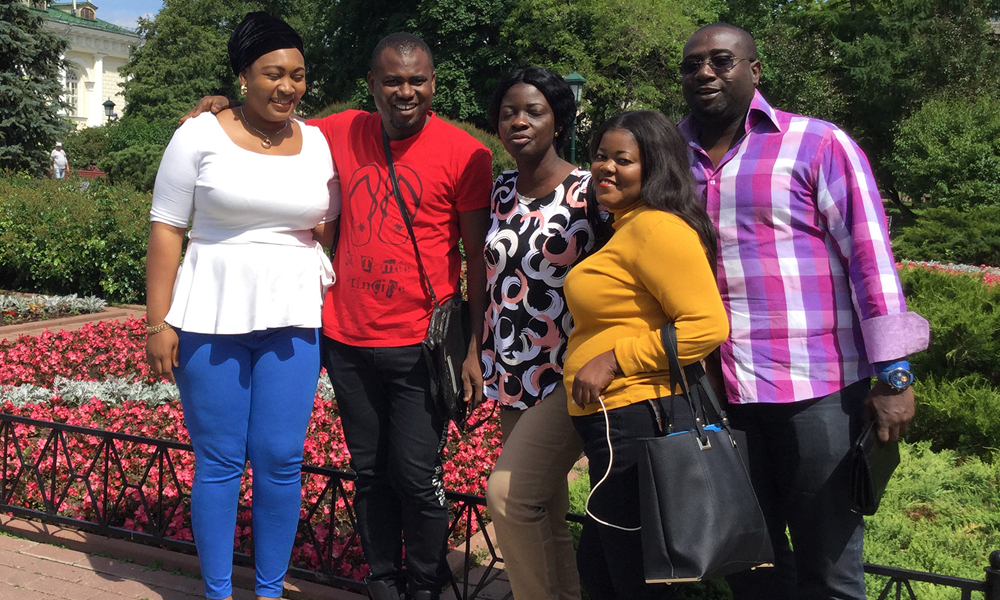 The RED SQUARE in Moscow city is so amazing with Museums, Castles and the history of the Soviet Union is so delightful.

“The North Pole, Arctic land and the way of life of indigenous people” are the attributes of Of tourism, attracting a growing number of adventurous souls to Russia.

This year marks the centenary of the 1917 Revolution of Russia , though there is No official announcement of any such event.
So I joined the World Trade Center Accra, on its trade mission to Russia to explore tourism potential in that region.

Russia has an amazing rich history in “its cities like Moscow and Saint Petersburg very well documented and preserved to attract huge tourist numbers.

Russia is the biggest country in the world with a land size of about 17.1 million square kilometers and sits between Europe, Asia and the Arctic with eleven (11) different time zones.

Russia’s Tradition and Religion is deemed a major part of the country’s historical heritage. The Russian government views Independent religious activity as a major threat to social and political stability , an approach which started from the Soviet period.

From the 12th to the 15th Centuries , Russia lands began to consolidate around Moscow but Russia was rather small at that time but by the 16th Century, the powerful European empire began to annex new territories.
Smaller countries like Georgia, Armenia , Belarus , Siberia , Uzbekistan , Azerbaijan, and others could not resist Russia like Persia ( present day Iran and Iraq ) and Turkey from the empire.

By the 20th Century , there was a revolution of the Soviet Socialist Union.

There are 41% Russian Orthodox, 1.5% Other Orthodox, 4.1% Unaffiliated Christians, 25% Spiritual but not Religious, 13% Atheism , 6.5% Islam and others. Our tour guide and interpreter gave an excellent presentation of the account of the Russian Federation.

The Russian Orthodox Church was alternatively known as Moscow Patriarchate which claims its exclusive jurisdiction over the Orthodox Christians irrespective of their ethnic background who resided in the former member Republics of the Soviet Union , excluding Georgia and Armenia. The Greek Orthodox churches through Constantinople, Alexandria, Antioch and Jerusalem was established in Russia by Kievan Prince Vladimir for almost six (6) centuries.

In the early part of the 20th Century the Russian Tzars autocracy was destroyed which led to the rise of the Soviet Union.

There are beautiful buildings with crowds of people in Moscow the capital city being guided through the RED SQUARE by tour guides. Amazingly you would want to visit there during the day and the night because the experience between the two day parts are not the same.

The RED SQUARE in Moscow can boast of Museums,Castles and the history of the Soviet Union is so delightful.

Among the notable heritage attractions in Moscow is the spectacular monumental Architectural Complex of Moscow Kremlin, Saint Basils Cathedral and the Red Square.

Kremlin is the fortress of Moscow overlooking Moskva river to the south Saint Basil’s Cathedral and Red Square to the East and The Alexander garden to the west. Tourist spend hours at this attraction immense with a solid compound, churches, shops, restaurants, museums, state regalia and magazines shops.

It was a life time experience walking around the wall of the Kremlin in Moscow, Russia.