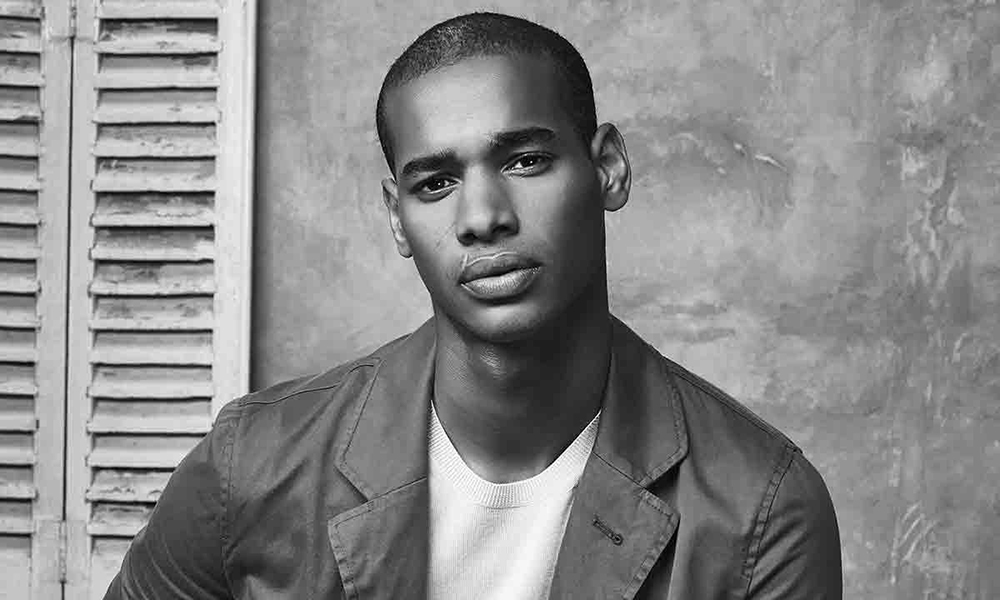 Born in France, French/Senegalese Sacha M’Baye who has surpassed the typical life cycle of most male models with an impressive roster of clients include Calvin Klein, Dolce & Gabbana and Emporio Armani.

The French-born model was raised in London and got scouted while riding the tube. Soon after being scouted he was signed to Select Models and has become one of the agency’s most in-demand models. Not happy with being just a pretty face he is also a semi-professional footballer, juggling between the two careers.

In this article:African Models, Black Male Models, Model of The Week, Sacha M'baye