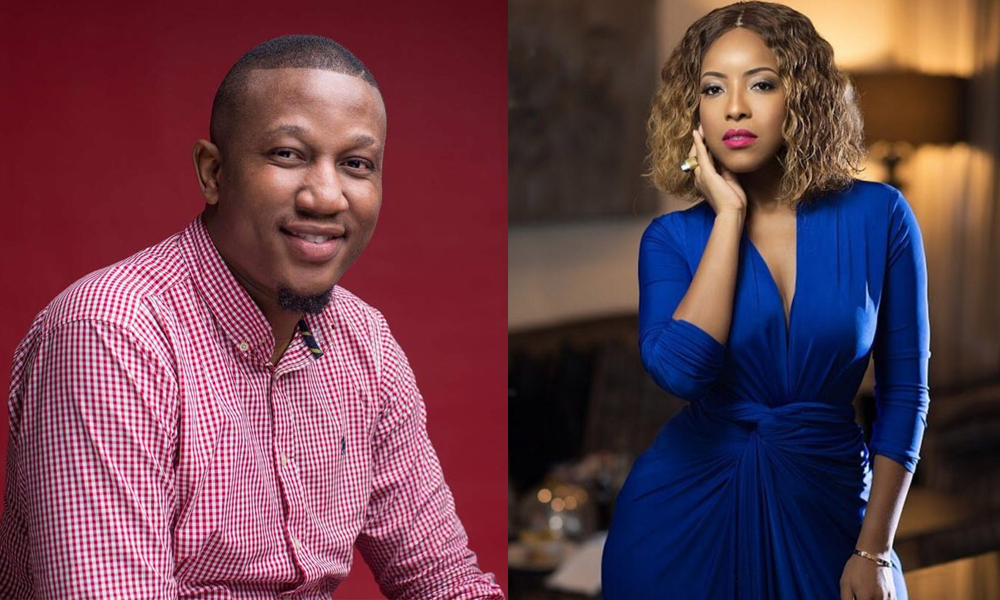 Chief Executive Officer of 3Music Awards, Sadiq Abdulai Abu has reacted to the tweet by Actress Joselyn Dumas claiming she has still not been paid for hosting the event that took place in April, 2018.

According to him, the several claims that emerged that he has blacklisted Joselyn Dumas was absolutely false. But he agreed on not paying her, which was not a deliberate act in any way.

“I was not in town, I was doing some work outside the country so on Monday one of my guys called me and asked me to reach out to Joselyn or one of the guys who is part of her management, because there is a perception that I have blocked her on Twitter, but that wasn’t the case. I was just not in town. So I called him and pleaded with him to give me some time since I just returned to the country and I just resumed work so I’d pay them.” He said on Zylofon FM.

Sadiq, said there have been loads of debt after the event and for the past three months, he and his crew have been considering how to pay these debts.

He also pleaded for not completing his side of the agreement with Joselyn Dumas and promised to pay her back very soon.

Sadiq is set to pay an amount not less than GHC10,000 to the Television and radio personality for her work done.

Actress Joselyn Duma took to Twitter yesterday, claiming that 3Music Awards has still not honored their end of the bargain after she undisputedly delivered nicely at the event. She also added that, working for them was not a pro-bono and therefore payment should be made as agreed.

She however expressed her bitter thoughts on how the Ghanaian entertainment industry makes it difficult for celebrities to support their own.

“Dear @3musicAwards when you hire the service of a talent and you agree on a payment, you honor your end of the bargain as I honored mine…. no one works for free”

Dear @3musicAwards when you hire the service of a talent and you agree on a payment, you honor your end of the bargain as I honored mine…. no one works for free.

In this article:3Music Awards, Featured, Radio and Tv