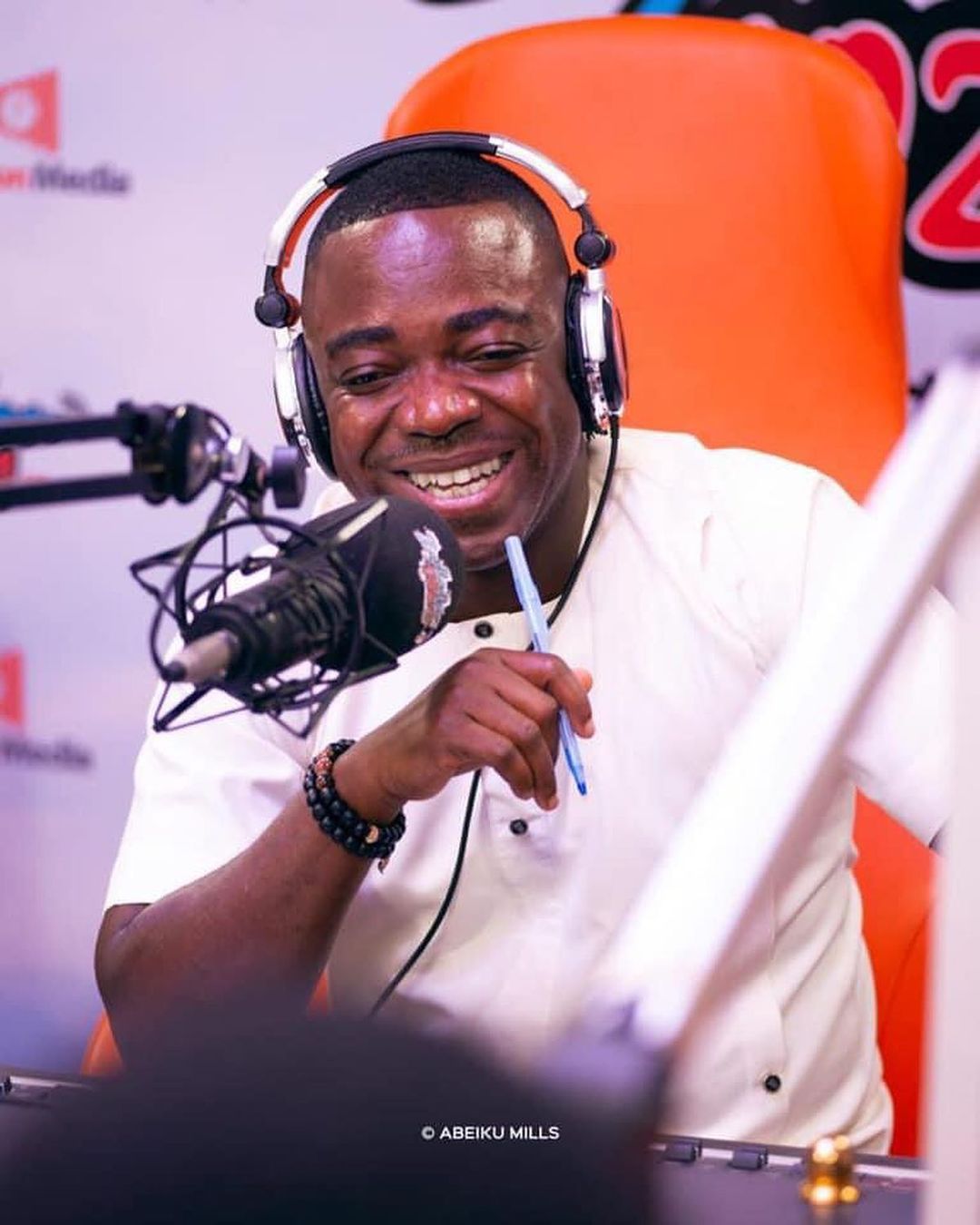 Funny Face and Kobena Richiz recorded remix of ‘Higher’ following the motivation he, Funny Face drived from the song during his depressing times.

According to the comic actor, the song was his motivation when he was depressed and having psychological problems.

Sammy Flex after listening to ‘Higher RMX’ during an interview with the singers, promised to sponsor video shoot of the song following how well crafted the song is.

The ‘Showbiz Agenda’ show host says it is little way of helping Funny Face and welcoming him back to the entertainment industry after his trying times.

”Have you shot a video for this? I will sponsor the video shoot”

Listen To ‘Higher RMX’ Below;