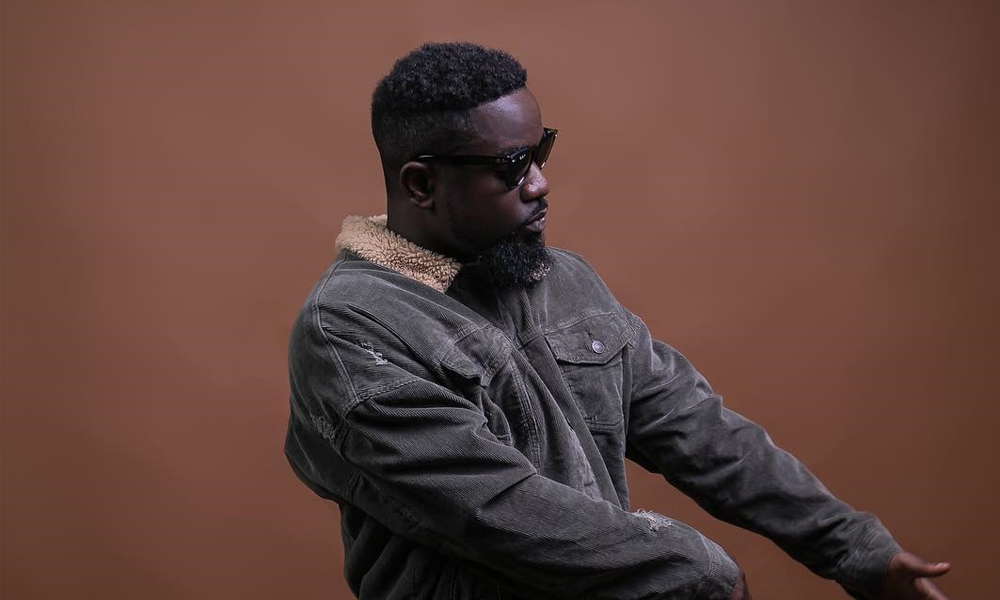 Michael Owusu Addo, known by his stage name Sarkodie, is a Ghanaian hip hop and hiplife recording artist from Tema. He won the Best International Act: Africa category at the 2012 BET Awards, and was nominated in the same category at the 2014 BET Awards. In 2015, Sarkodie was ranked the 19th most Influential Ghanaian by e-TV Ghana. He is considered one of the major proponents of the Azonto genre and dance.

Sarkodie began his instrumental career as an underground rapper; he appeared on Adom FM’s popular rap competition Kasahare Level. It was through rap battles that he met his former manager Duncan Williams of Duncwills Entertainment.
He also met musicians Edem and Castro who introduced him to Hammer of The Last Two, an established record producer. Hammer decided to feature Sarkodie on two songs off the Volta Regime album after being impressed by his rap flows.

After this exposure, Sarkodie recorded his debut album Makye. His first single “Baby”, featuring Mugeez of the duo group R2Bees, became an instant hit and made Sarkodie a household name within the Ghanaian music industry.

After battling rappers from the popular rap competition, Kasahare Level, Sarkodie signed a record deal with Duncwills Entertainment. He released his 2009 debut album Makye, with production from Killbeatz and Jayso as well as guest appearances from Kwaw Kese, J-Town, Sway and Paedae of R2Bees. The album received positive reviews from critics and fans. It was launched at the Accra Mall; in addition, a follow-up concert was held at Holy City Gardens in Accra.

In 2011, Sarkodie released “Good Bye”, “One Time For Your Mind”, “You Go Kill Me”, “Living Legend”, and “Onyame Nhyira” as lead singles off the Rapperholic album. “You Go kill Me”, which features EL, was well-received throughout Ghana. Sulley Muntari, Castro, Deborah Owusu-Bonsu, X.O Senovoe, DJ Mensah and Funny Face made cameo appearances in the video.

In 2012, Sarkodie launched the Rapperholic album which received positive reviews from music critics. The album features guest appearances from Efya, Chidynma, Mugeez of R2Bees, Obrafour, Jayso, EL and others.

Sarkodie went on a nationwide tour to support the album. The Rapperholic album earned Sarkodie his first BET nomination and subsequent win. Sarkodie was also featured on the BET Hip Hop Awards cypher alongside Talib Kweli, Jean Grae and Ab-Soul. He was the only African act featured on the cypher.

On October 30, 2013, Sarkodie released the official remix for his 2011 hit track “You Go Kill Me” which peaked at number 1 on various charts in Ghana. The remix features Wizkid, Ice Prince, Navio and EL.

On December 21, 2013, a concert was put together to launch the Sarkology album which was released on January 2, 2014. The launch was held at the Accra Sports Stadium. The album features guest appearances from Fuse ODG, AKA, Davido, Tiwa Savage, Banky W, 2 Face Idibia, Joey B and Efya, among others.

After releasing the Sarkology album, Sarkodie released the official remix for “Adonai”. The remix became an instant hit across Africa, and was featured in BBC’s Capital Xtra Top 35 Afrobeats Songs.

Sarkodie launched his own record label, Sarkcess Music, in 2014. As part of the launch, he premiered the video for “Adonai” remix and “Special Someone” which features Castro and AKA, respectively. Sarkodie also released the songs “Megye Wo Girl”, “Love Rocks”, “Chingum”, “Whine Fi Me” under the label.

In this article:Artiste, Music, Profile