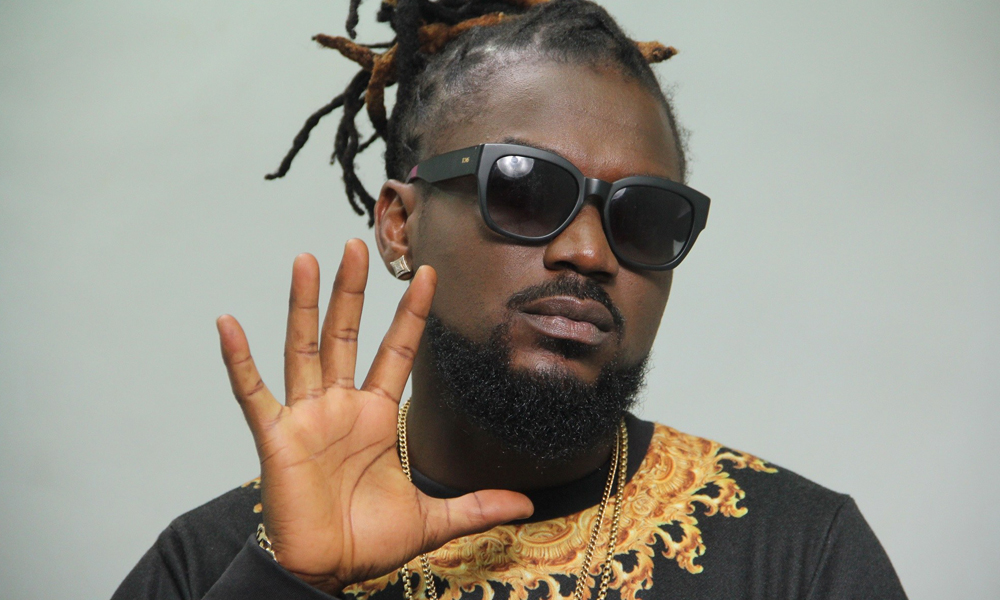 Multiple award winning musician and the “honcho” of the high grade family in an interview with Abeiku Santana on Utv’s Atuu show made shocking revelations about himself, his career, including how the self-acclaimed dancehall king calls him when they meet.

The singer who has been consistent since 2004 till date told host how he had wanted to stay back in London but couldn’t because his song “Linda” was making waves back here in Ghana.

He said: “I wanted to stay back in London just like Sonnie Balle and Yoggy Doggy but one man called me and told me to come back home if “Linda” was the song I released and that it was a hit” . I had to come back home, he ended.

As the “Godfather of Dancehall” as Abeiku referred to him all throughout the interview, Samini could not have left set without explaining what Dancehall was to him.

“Dancehall is the hip version of Reggae, it’s the active and club form of Reggae music; Dancehall is a subset of reggae, which keeps up with the club energy that’s how it started”, he ended.

Samini who sounded very proud of his achievements said, he started writing his lyrics between age 9 and 12, was twice in a role host of the Ghana music awards, was the first Ghanaian to win MOBO awards, has been consistent for 14 years and still counting…

Known in real life as Emmanuel Samini, the singer touched on his relationship with some artiste including Shatta wale, he said, “when we meet, we shake each other, the teasing is all fun, when he meets me he calls me Godfather”

As to what “Godfather” he is and being addressed as such by Shatta, we are yet to know as we can assure you the Dancehall King will bring clarity to the matter in the coming days.

Samini touched on his 7th upcoming album, which is an all reggae album off which his smash hit “My Own” was released which was to test the market and to prepare the way for the Album proper.