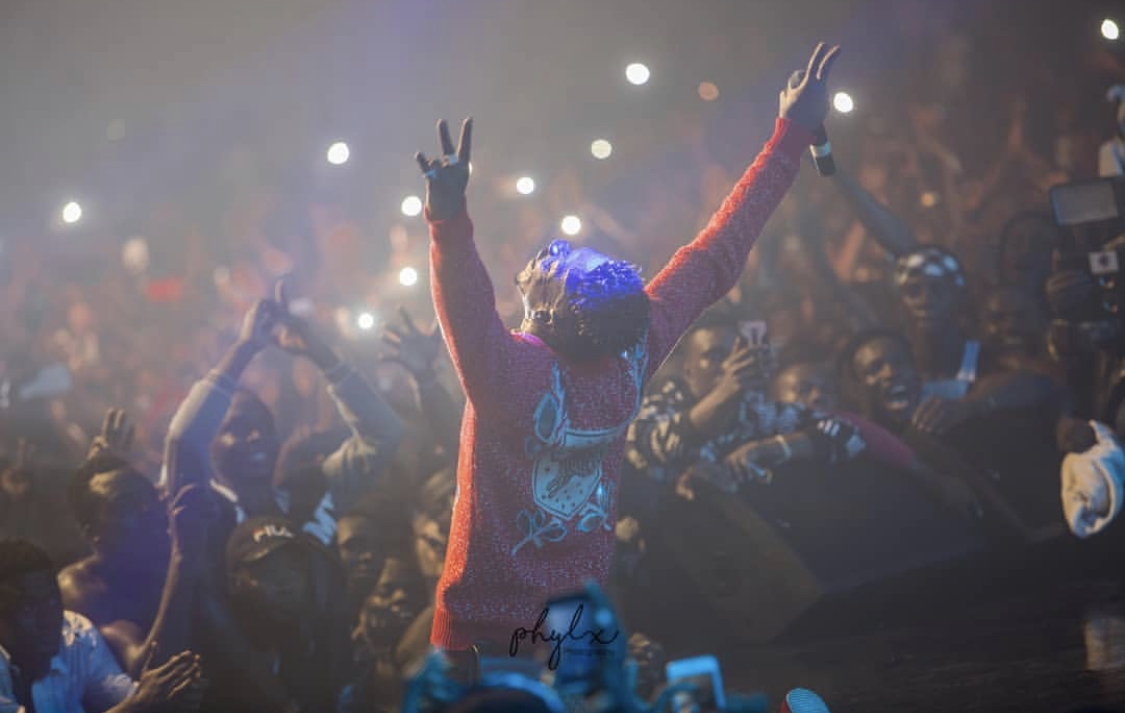 Amidst all the hate, “beef” and controversy surrounding his album, the album has been trending for a week and rose to enviable positions on charts world wide before the official launch yesterday. The Shatta Movement boss shocked Ghana as he wrote his name in the stars with his album launch which will go down in History as the biggest gathering ever seen for an album launch.

Unconventional Shatta palpably was at his best yesterday, known as the man with surprises. He did not disappoint one bit. Oh yeah! He delivered above and beyond our expectations.

The first surprise was when Shatta Wale who has been written off when it comes to live performance melded his singing and the play of the band beautifully to thrill fans who sang every line from start till end.

Another surprise of the night came when the Dancehall King attempted to sell the first copy of the album for a GHC 100,000 but to his surprise, Ghanaian businessman known as SLG bought the album for GHC 150,000.

He later during his back to back performances attempted to dash a Sarkodie fan one of his Gold chains. I guess that was to tell Sark he is not an “Alumi King” as speculated.

Shatta throughout his performance took swipes and threw shades at colleagues and people who are considered his “enemies” in the industry and try to sabotage his good works.

Just as we thought we have had enough of the Dance Hall kings pile of surprises, the unexpected happened.

Shatta Wale brought on stage his children during he and his baby mamas performance and proposed marriage to Shatta Michy his fiancé who became his baby mama and now soon to be Mrs Nii Armah. As to when the two will walk down the aisle, we have no idea, but will update you as we lay hands on the gist.

Ghanaians have seen great musicians who have lived their time, but from what I saw yesterday, nothing like the Shatta Wale of our time has been seen yet. Oh, I can confidently say he is the greatest of this generation and will “Reign” on.

Congratulations to Shatta and his team, not forgetting the Shatta Movement who made yesterday a memorable one. Make sure you grab a copy of the album in support of his music and works.