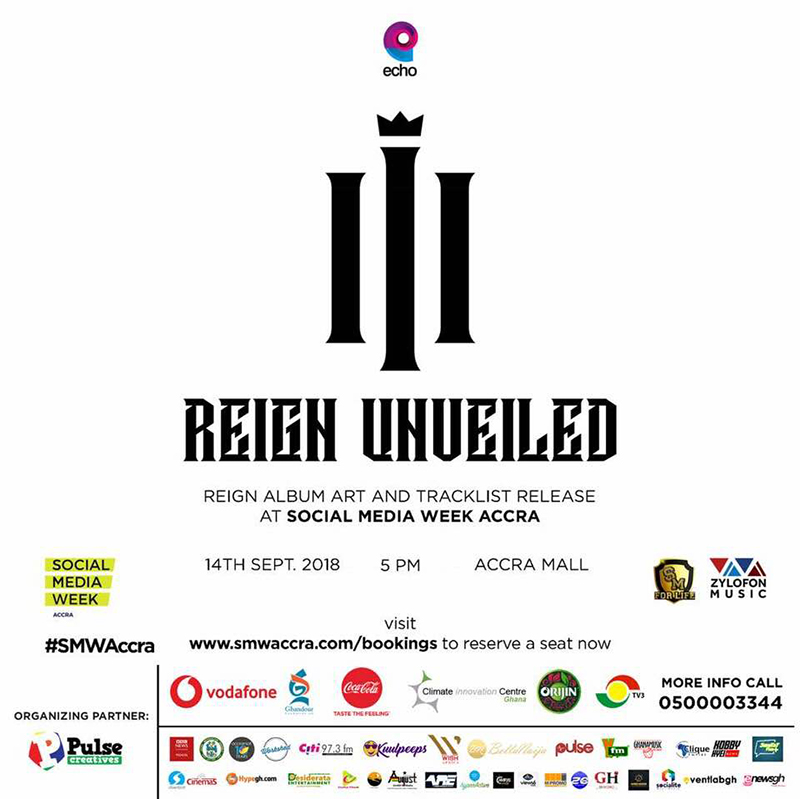 The release of the highly anticipated album, ‘Reign’ from Shatta Wale is barely a month away but the enthusiasm and fervour that await the release grows every day.

Zylofon Music, in collaboration with Shatta Movement Empire will be organizing the unveiling of the official artwork of the album, as well the track listing at Mangoes, within the Accra City Mall on September 14, 2018.

‘Reign’, the second album for Shatta Wale and the first under Zylofon Music label, is expected to top charts across Africa and the rest of the world and solidify the status of Shatta Wale as one of the best artists in Africa.

The unveiling of the album cover and track listing are part of a string of activities strategically schemed, leading to the grand album release concert slated for October 13, 2018 at the Fantasy Dome, Trade Fair Center, Accra.

The album, according to Shatta Wale is a potpourri of different genres and not strictly a dancehall album. It has only one guest feature – Nigeria’s Olamide.