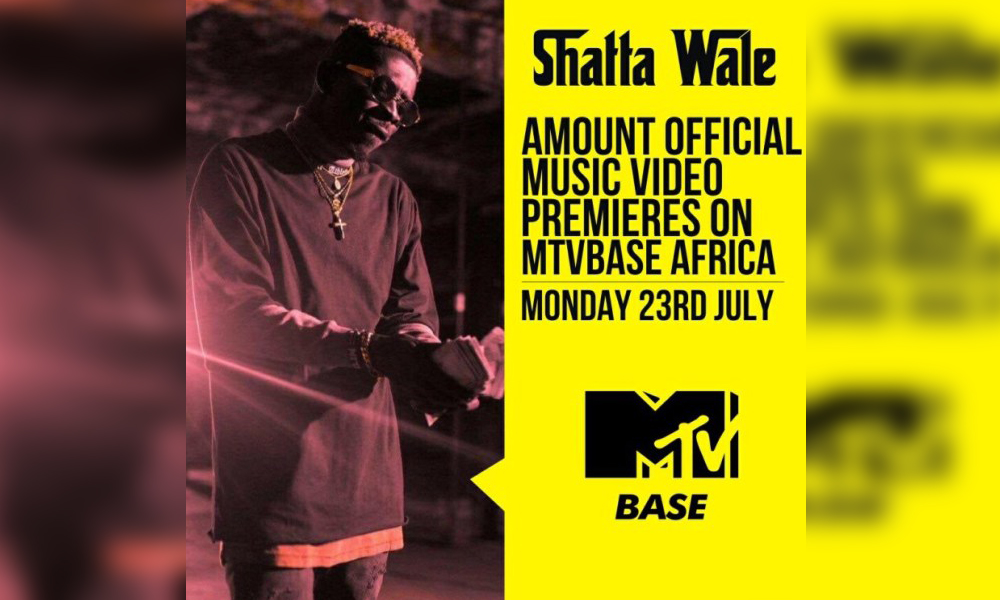 After the epoch-making ‘Gringo’ – a video that set the record of being the first music video from a Ghanaian artist to generate 1million views in a spate of 10 days, Shatta Wale is all prepped to release another banging video; in a bid to surmount the feat of the ‘Gringo’ music video.

‘Amount’ – the second official single off the most highly anticipated album of 2018, ‘Reign’, would telecast for the first time on MTVBase today on the segment #FirstOnBase at 16:00 and 18:00WAT.

The video was shot in South Africa by the acclaimed Nigerian video director, Sesan, who was also responsible for the groundbreaking ‘Gringo’ video which was shot in Texas, USA. The two also teamed up for ‘Bulletproof’, which was shot at locations in Ghana.

Before the telecast on MTVBase, the video would be premiered on Zylofon TV at 10:00am on ‘FreshCutz’ today.

The Zylofon Music recording artist is set to release the ‘Reign’ album in October with a grand concert that would be preceded by other significant events.

In this article:Entertainmeent, Featured, GH Music, Mtv Base, Shatta Wale