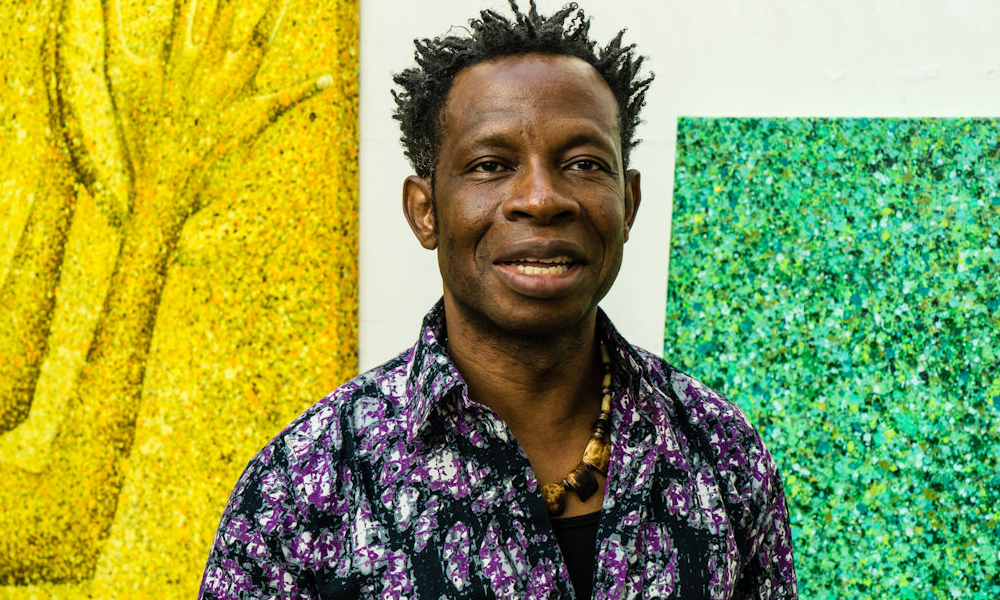 Chidi Kwubiri is a Nigerian artist. He has been drawing and painting since his childhood in Umuahia, Southeastern Nigeria. He had numerous individual and group exhibitions in Germany and other countries. He designed, among other things, the lenten veil of the German Catholic charity Misereor for 2017 and 2018.

He had his works curated by Sandra Mbanefo Obiago and exhibited at Gallery 1957 Kempinski Hotel here in Accra which lasted for 4 days that was on 27 June – 30 July 2018.

Sandra Mbanefo Obiago (on the right)

Basically though his works has its own meaning, they allow viewers to interpret from their point of view then he tells you the idea behind his work. “And by allowing you to interpret it helps them also understand their work through the eyes of the viewers.” an act lover stated.

There is an upcoming exhibition on the 13th of September.

Check out some of the amazing arts by Chidi Kwubiri