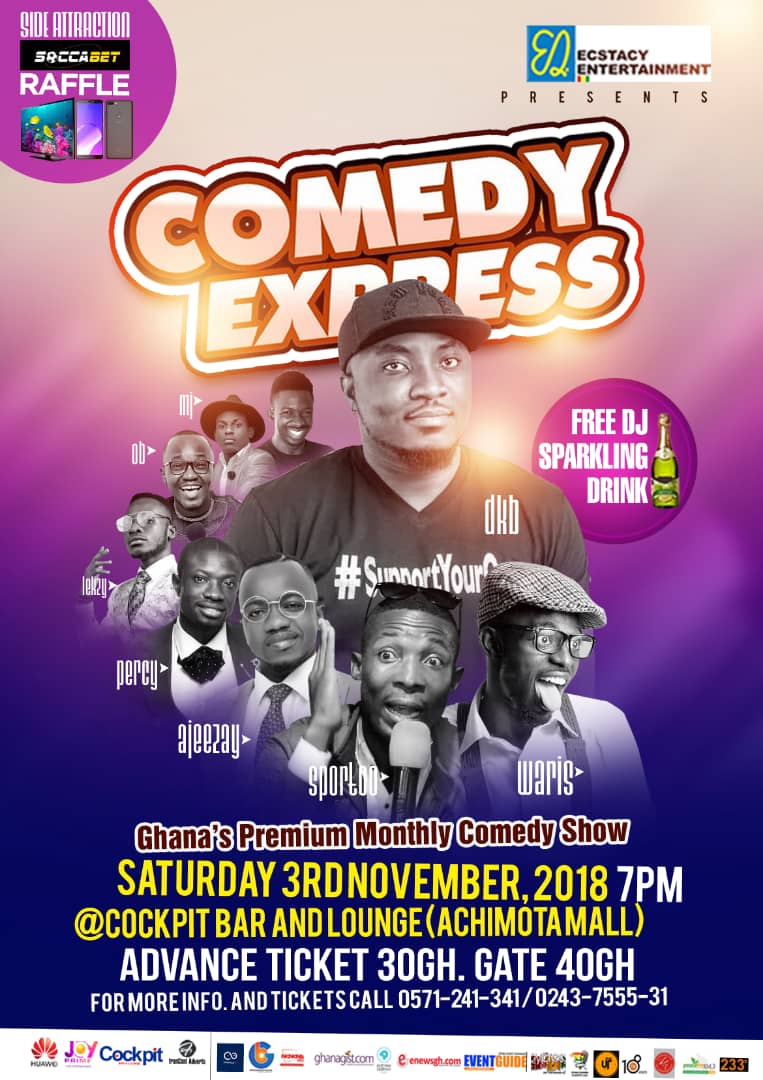 Ghana comedy has seen a major lift over the years, the comedians in the country have seen much improvement in the gigs they receive than they did previously. These days, many comedy shows have sprung up, this has made the comedians get many platforms to exhibit their crafts and also receive admirations from the general public.

Comedy Express, one of such comedy shows which have been in existence for years and hosted by the King of Ghcomedy, DKB has seen major improvements over the years, from Patronage, to the quality of comedic delivery and sponsorship, Comedy Express is one of the A class comedy shows in the country.

One of the sponsors for the next comedy express show, SoccaBet have said they would give away a brand new mobile phone and 32inch TV set and free betting vouchers. They are doing this to award cherish patrons of Ghcomedy and also because DKB is their brand ambassador they want to reward his fans for their support towards him.

“Motivation is needed everywhere you find yourself, especially when you are a fan of a big brand as DKB, you need to be rewarded for your loyalty. So we [SoccaBet] have decided to give out a TV set, a Phone and free betting vouchers to his fans on his comedy show, Comedy Express. DKB is our Brand Ambassador so we are willing to do this gesture for his loyal fans” said Imad General Manager from SoccaBet.

Comedy Express comes off this Saturday November 3 at Cockpit Bar and Lounge, Achimota Mall. Tickets are going for Ghc 30.00 when you buy advance tickets and Ghc 40.00 at the gate.