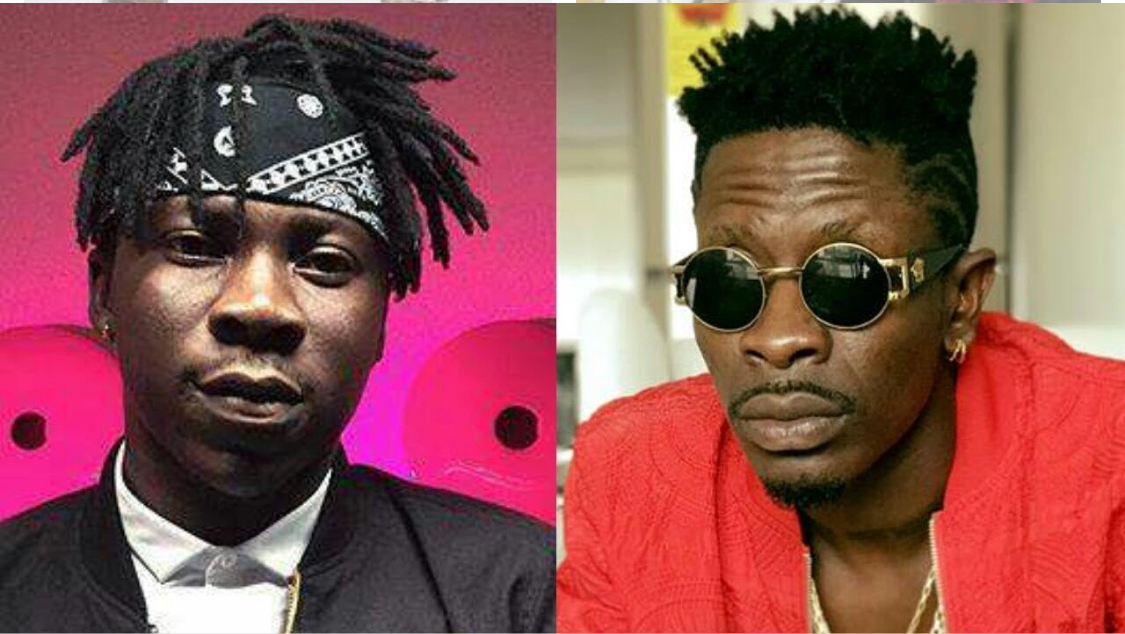 The two Zylofon signee’s have been at the tail of one another for a while now, but just as we thought the feud between the two was dying off, Stonebowy stirs it up after keeping quiet over the many allegations levelled against him by his speculated arch-rival shatta wale.

Stonebwoy during an interview with King Lagazee on “YaaD Settingz” on Hitz 103.9fm when asked his reaction about a comment made by shatta wale which suggested that all the awards won by him stonebwoy rightfully belongs to shatta wale said, “I think I have to send to him all the awards I have won including my life because everything I have achieved in my career, I’m sure he will come out tomorrow and say it was supposed to be him because it’s a similar thing, was he not at VGMA last year when I won the Reggae Dancehall Artiste for the fourth time” he quizzed.

He continued saying, I think we are pampering and condoning our brother to continue discrediting other artiste. After working so hard, it’s not nice and mature for an artiste to come out and discredit others, Shatta wale should stop that, if he is the same person preaching peace and asking we should come together and build an industry.”

The unexpected came in when Stonebwoy’s attention was drawn to a statement made by Shatta about him calling and texting stonebwoy for the two to come together and work, the all emotional Stonebwoy then lost his cool and fired tantrums at Shatta wale.

“You go around and diss my mother, you say I killed my mother, I seize some funds and them bullshits? I’m waiting for him or any other person to come and stand in front of me and tell me I killed my mother and it will be beautiful in this Ghana. You accuse me of killing my mother and come back and text me asking for peace? “Naniama.” Do the right thing, oh Samini I’m sorry can we be friends, oh this person I’m sorry can we be friends? Then we will all figure out how we can come together and build this industry” he said angrily.

The angry stonebwoy went of venting and host had to go for a commercial break to try and calm him down.