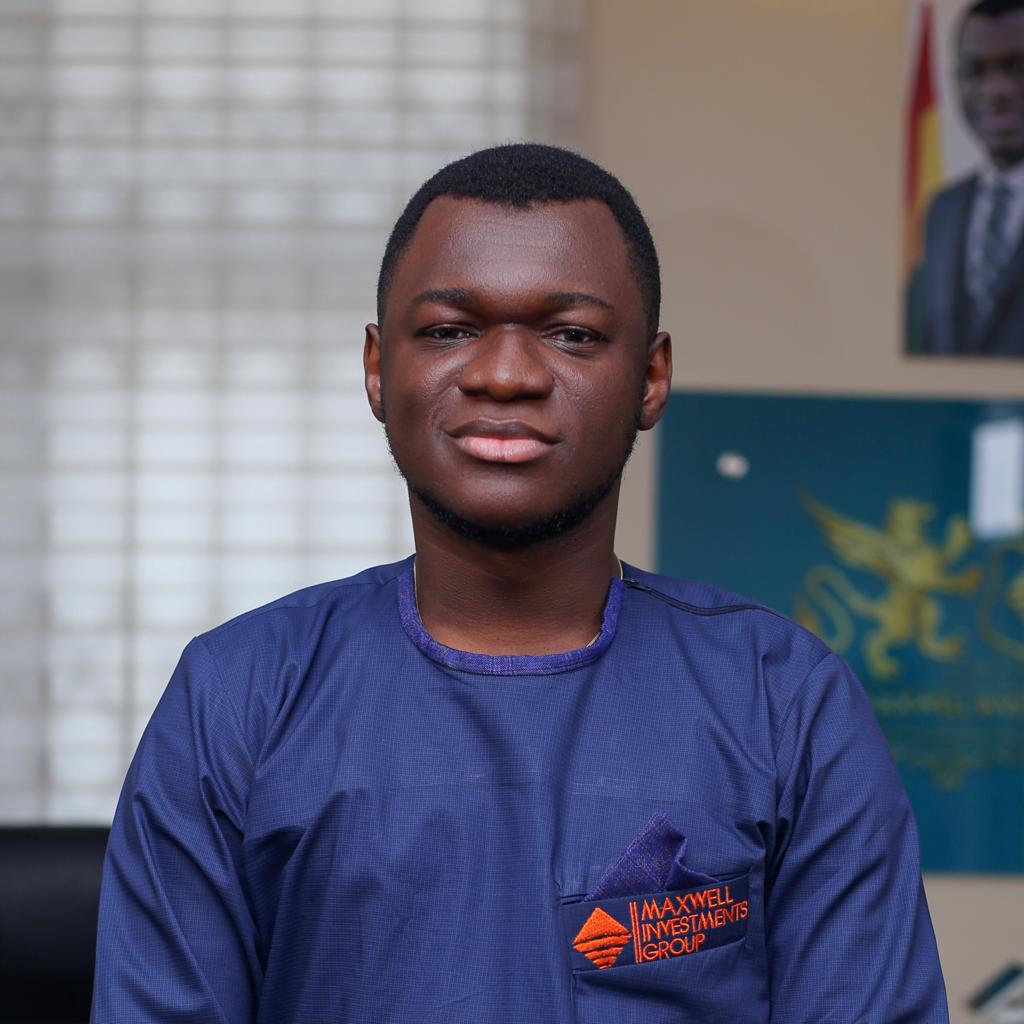 My stomach is coming… well, not exactly.

That’s a direct translation from our local Twi dialect. I’m trying to say my 6-pack abs are combining into one right before my eyes, and it feels horrible when I notice. So I’ve been thinking a lot about habits lately.

Then Alan, who I talk to a lot, starts going on these long runs and introduces me to this other man that looks like he’s in his early 50’s but does about 40-something miles every other day. There I was, younger and rounder, looking at him with a cheeky smile like “ei that’s impressive oo… hmmm”.

I hate it. I want to live better. I want to be better. I want to eat better; actually will get myself a chef by Q2. But being healthy is more than just food. It’s the coming together of many different habits that lead and keep us on the path to longer, better living.

As usual, I turned to what James Clear has to say and he did not disappoint. I feel like this piece should be the next James Clear reproduction, as we try to do every now and then. This piece is a close-to-verbatim reproduction of a James Clear writ titles ‘30 One-Sentence Stories From People Who Have Built Better Habits’. We reproduce one of his clever pieces every few months, clearly citing him as source and author with a paragraph like this one.

None of these stories are mine. They were sent by readers of James Clear’s book, Atomic Habits. They will show you what people are actually doing to build good habits and break bad ones. And hopefully, they will spark some ideas for how you can do the same.

I have divided the stories into categories that roughly correspond to different sections or ideas.

One central idea is the concept of building “identity-based habits”, which essentially recommends focusing on the type of person you wish to become rather than the outcome you wish to achieve.

One reader named Roland used this idea to improve his eating habits.

“I stopped eating unhealthy food via identity change,” he wrote. “I tried many times in the past, but it became easy — natural — only after I had made the conscious decision that I want to be someone who eats healthy. Instead of aiming for I want to stop eating bad food, I tried changing the mindset to I am someone that eats healthy and lives a healthy life. It changes how you approach things.”

Like most strategies in ‘Atomic Habits’, the concept of identity-based habits can be combined with other habit building tactics. For instance, one reader used an external reward of $10 to reinforce the desired identity. “I told myself, I am no longer a drinker. Then, after each day of non-drinking, I gave myself $10 to buy something nice rather than poison (like clothes and household items). Today, I no longer need the allowance and I’m six years sober.”

Another way you can change a habit is by identifying and altering the cues that prompt your behaviour. This is precisely what many readers have done.

One woman named Lisa cultivated a reading habit by increasing her exposure to books. “I’ve read more books by continually having 20-30 books on hold at the library,” she said. “It saves time on browsing for books. I always have new things to read with a three-week deadline.”

Heather used a similar strategy to reinforce the simple habit of drinking more water. “I use colour and placement for visual reminding and motivation. I poured water in a bright aqua water bottle – my favourite colour – and placed it on my nightstand so I couldn’t miss it when I woke up.”

Other readers have done the opposite. They reduced exposure to negative cues. One man named Max [not me] managed to eliminate his e-cigarette habit. “I quit e-cigarettes with a combination of determination and also quitting coffee at the same time, which was a trigger for me as I’d smoke and drink coffee together in the morning.”

Another popular tactic in the book is something I call “habit stacking.” It’s strategy I first learned from Stanford professor B.J. Fogg. He refers to it as “anchoring” because you anchor—or stack—your new habit onto a current habit.

One reader used habit stacking to create a simple rule for learning a new language.

“When I first moved to China and started to learn Mandarin, I committed to strike up a conversation with the taxi driver whenever I went into a cab (I took a lot of cab rides, 5+ daily). I did it for 2 years no matter the time of day or how tired I was. I now speak fluent Chinese.”

Similarly, a reader named David told me, “I meditate for 20 minutes after brushing my teeth in the morning. Linking new habits onto a keystone one seems to work.”

The simple truth is our environment often shapes our behaviour. Many readers are using this fact to their benefit by installing some of the environment design strategies in the book.

For starters, you can break a bad habit by increasing the friction in your environment.

One woman named Cyd curtailed her snacking habit with the following strategy. “My husband still loves his Pringles, as do I, but they’re now kept in a locked car that’s parked in the cold. It works!”

Multiple readers are learning to wake up earlier.

Chris utilized both environment design and habit stacking to stop sleeping in. He wrote, “I have a bad habit: Hitting snooze. To eliminate it, I “made it hard” and put phone in the bathroom. The phone then became a habit stack. The first thing I do when I wake up: turn off alarm, go to bathroom, brush teeth, etc.”

Typically, we think of designing physical spaces, but you can use the same principles to shape your digital environment as well. For instance, a reader named Matthew wrote to me and said, “I significantly cut down on mindless Instagram time. Simply logging out of the app makes a big difference.”

Another reader named Viet went even further. “I used my own laziness to my own advantage with my bad habit of browsing Facebook. Deleting Facebook and having to go through the one extra step of going to website and logging in manually was enough barrier for me to not get back on.”

And Rahul did something similar to kill his video game habit. “For gaming addiction, I removed my graphic card,” he wrote. “For excessive net surfing on mobile, I uninstalled apps and removed the Chrome browser.”

On the flip side, you can foster good habits by reducing the friction in your environment.

Natalie started picking up her cluttered clothes and building better cleaning habits simply by reducing the number of steps between her and the laundry basket. “I quit leaving my socks all over the floor by putting a little basket beside the door to collect them in.”

One reader named Justin sent me the following message: “I started going to a gym that was less than a mile from my house. This took away the time and inconvenience excuses. I was never consistent at exercise, but now I work out 8-10x a week. Crossfit, running, and cycling. I’ve been going strong for 2.5 years.”

In many cases, it can be more effective to replace your bad habit than to merely try to eliminate it.

The beautiful thing about habit substitution is that you can build a good habit and break a bad one at the same time. One reader told me, “At home I would go out to my backyard to smoke, so I put a weight bench out there and every time I wanted to smoke I’d go out and do some reps instead. After that, my craving was reduced.”

I thought the following idea was interesting. One reader replaced biting their nails with cutting their nails. “I stopped biting my fingernails mostly by making sure clippers were always close at hand – especially at work.”

Many readers have substituted a new habit in a “stair step” fashion. They gradually shift from the old habit to something healthier.

Substitution can even be useful in a broader sense. Suraj wrote, “I was addicted to drugs and alcohol. To beat my addiction, I started working out. Now I am planning to compete in powerlifting meets.”

Sometimes I like to employ clever little mental tricks to stick with a good habit.

One reader named Caelan wrote, “I quit smoking by assigning my cheat days progressively farther in the future. I never quit “for good,” I only quit until my next cheat day. This helped with cravings, because the choice wasn’t between “right now” or “never,” it was “right now” or “later.”

Ken applied a similar strategy to his habit of eating fast food. “I started small when I quit bad habits like eating McDonalds all the time and drinking soda. I told myself I’d take a week off, then said two weeks. That continued. This month, I made it four years without McDonalds and 15 months without soda.”

Qiana used a little math and a clever visual trick. “I stopped drinking soda,” she wrote. “I added up all the sodas I drank for the week and counted how many tablespoons of sugar were in those soda cans and bottles. I began to scoop the amount of sugar into an enormous bowl The visual did it for me. I had to break that habit.”

Finally, I’d like to close with one of my favourite strategies: habit tracking.

Here’s how a few readers are using it…

Cindy sent me an email saying, “I purchased a large wall calendar and started building the chains. This really works for me. I like to build that chain. There are 6 months of red X’s on my calendar. I am healthier, have lost 30 pounds, feel stronger, exercise more, garden, read more, work on my small business, and practice my French.”

The easiest way to start tracking your habits is to use the templates provided in a Habit Journal. It will make the whole process a breeze.

Hopefully, these short stories give you some ideas on how to build better habits in your own life. If you’d like to learn more about the strategies discussed above, check out Atomic Habits. And if you’re interested in a notebook that makes it easier to build better habits, try and get a Habit Journal.

But no matter what, keep taking action in small ways each day. It is so gratifying for me to see people making real changes in their life because of these ideas.

As always, thanks for reading.

Maxwell Ampong is an Agro-Commodities Trader and the CEO of Maxwell Investments Group. He is also the Official Business Advisor to Ghana’s General Agricultural Workers Union (GAWU) of TUC Ghana, the largest agricultural trade union in Ghana. He writes about trending and relevant economic topics, and general perspective pieces.