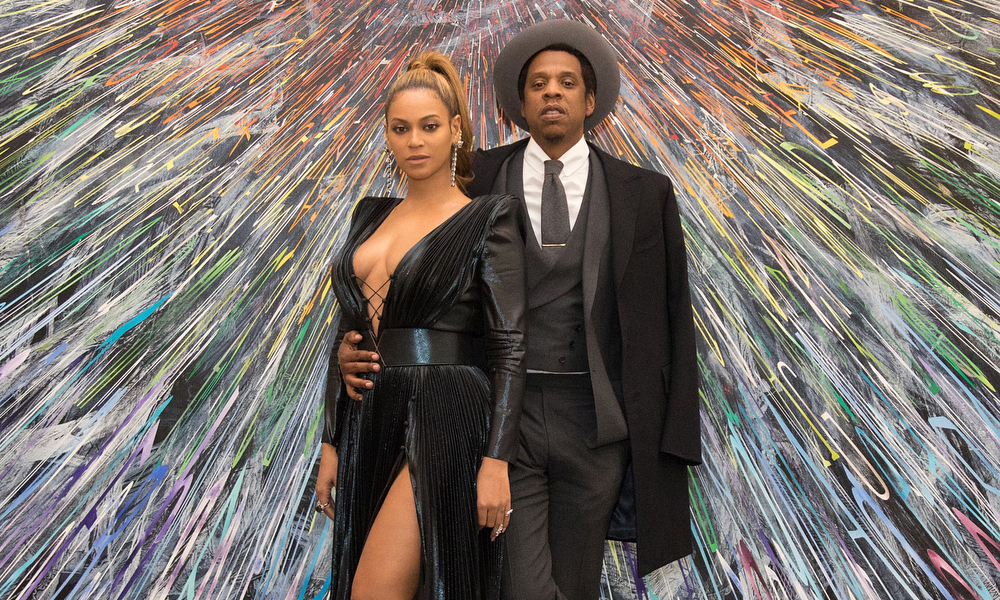 “I can’t believe we made it,” sings Beyoncé in “Apes**t,” the first single from her surprise joint album with Jay-Z, Everything Is Love. And to prove that she and her husband have made it, in the song’s accompanying video, Beyoncé delivers this line from the Louvre.

As the New York Times has pointed out, it is not actually that expensive to shoot a video in the Louvre (about $17,500 for a full day’s shoot). But music videos aren’t about numbers; they’re about how things feel — and there’s no place on earth that feels as lavish, as rich with accumulated cultural power and wealth and colonialism, as the Louvre. If you want to show that you have made it, that you are rich and powerful and one of the greatest artists of your generation, you go to the Louvre.

And as an artistic choice, the Louvre is par for Beyoncé’s course. For the past few years, Beyoncé has increasingly cribbed from the iconography of classical Western art in her own image-making. Her pregnancy announcement photo shoot and her birth announcement photo shoot both referenced Botticelli’s Venus and the Renaissance trope of the Madonna and child, and her 2017 Grammys performance drew on goddess imagery from multiple artistic traditions.

So when Beyoncé shoots at the Louvre — taking on by turns the poses of Venus de Milo and Victory — she’s continuing an artistic project of recontextualizing classical Western art, of making herself the aesthetic object on which so much wealth and cultural capital has been spent. And coming from a black woman, that’s a radical statement.

“In a way, Beyoncé is exploiting/marketing her blackness as creativity — as a kind of weapon — within and against the very Eurocentric system of culture and consumption from which she has benefited,” says James Smalls, a professor of art history at the University of Maryland Baltimore County.

That’s an especially radical statement to make in the context of the Louvre, where little of the art features people of color in positions of strength and power. “From the Middle Ages up to the 19th century, works of art that showed black people usually represented them as servants or secondary figures,” explains Smalls. “They were not deemed worthy subjects of paintings, sculptures, or other kinds of cultural works.”

One of the few exceptions to that trend is Marie Benoist’s “Portrait d’une négresse,” also displayed at the Louvre. “That painting is an anomaly because it presents a black person as the sole aestheticized subject and object of a work of art,” Smalls says. And it’s the painting that appears at the end of the “Apeshit” video, after shot after shot of portraits of white people.

Benoist painted “Portrait” in 1800, during a brief period in which France had abolished colonial slavery. (In 1794, the French emancipation proclamation liberated the colonies; in 1802, Napoleon reinstated slavery.) In that six-year span, portraits of heroic black people became popular in France, and that created an opportunity for an image of a black woman who is not tending to or subordinate to a white person, who is instead considered worthy of being at the center of her own portrait.

As Smalls has pointed out, in its full context, “Portrait” is not a wildly politically subversive image. It’s most likely that the unknown and unnamed subject was a servant with few legal rights who had little choice about how she posed or whether she was okay with her breast being exposed to the world for the next 200 years. Benoist the painter has much more agency here than the black woman at the center of the picture.

But in the context of “Apeshit,” with its montages of painting after painting of white faces and white statues, “Portrait” feels both shocking and subversive. It’s a black face in the center of the frame, apparently in control of her domain. And it’s one of the only figures in the Louvre that we don’t see get reinterpreted by either the Carters or their dancers: The only figure in the Louvre that can withstand the unstoppable force that is Beyoncé, that does not need to be remade and reexamined.

Part of Beyoncé’s project over the past few years has been to treat art as a form of power: It is a form of focused aesthetic attention, of social capital, and of wealth given solid form. Taking over the Louvre means taking all that power for herself and for the black bodies she brings in with her — except for the “Portrait.” In “Apeshit,” it can stand on its own.