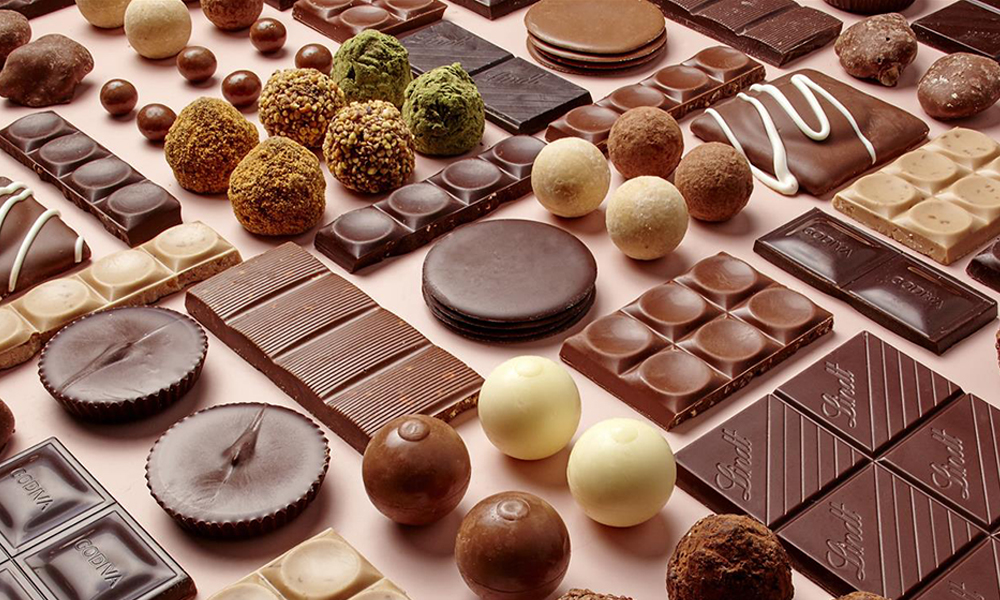 When Mamey Kamara attended the opening of Ivorian chocolatier Instant Chocolat, she instantly fell in love. Born and raised in Abidjan, Kamara grew up exposed to European chocolate brands Cote d’Or and Milka. But through the Ivorian-made treats, she satisfied both her sweet tooth and patriotism.

“To see young, ambitious Ivoirians makes me dream. There’s a certain national pride in consuming chocolate from home. To me, it’s important to encourage our local craftsmen, but I also enjoy the fresh blend of familiar flavors like hibiscus and ginger,” says Kamara, a communications manager at a small NGO in Abidjan.
Africa consumes fewer than 4% of chocolate sold globally, but the region’s consumption patterns may soon change due to the rising middle class. After a decade of conflict, Ivory Coast is on its way back to being one of West Africa’s biggest success stories. Likewise, Ghana attracts more investor dollars per capita than regional giant Nigeria.

In Abidjan and Accra, the signs of new wealth are everywhere from the shopping malls to the luxury apartments rising in the skyline. For an emerging middle class with money to spend, chocolate presents one of the most affordable and accessible forms of luxury.

The Wider Image: Ivory Coast is Booming
Supermarkets are stocking up in Abidjan as the middle class booms. (Reuters/Joe Penney)
Handmade, artisanal chocolate brands in both cities are now emerging to cater to this growing market with 100% Ghanaian and Ivorian chocolate. According to Yorm Ackuaku, the “gastro guru” behind esSense13 and chair of Ghana’s Accra Food Hack, “there has been a general resurgence in exploring local food and marketing it to the world. Chocolate is a natural extension of that… there’s pride in seeing quality products come from the country.”

Launched in 2015, Instant Chocolat has experienced tremendous growth within its first year. The small chocolatier, founded by a trio of former Ivorian bankers and marketing executives, went from selling 3.5 tons of chocolate sales in its first year to averaging nearly 50 tons a month in sales in 2016. The small company produces a range of “Made in Ivory Coast” chocolate from pralines to bars, and sells them to individuals and corporate clients including Air France and Citibank.

In Ghana, the waning dominance of the state-owned Cocoa Processing Company and its signature Golden Tree Chocolate has opened the door to new brands like ’57 Chocolate. Unlike Golden Tree, which is often sold by hawkers at Accra’s busy junctions, ‘57 Chocolate aims to cultivate the concept of “Ghanaian luxury.”
Co-founder Priscilla Addison believes that the brand is in keeping with the global trend towards small-batch manufacturing in products like craft beer, ice cream, and, of course, chocolate. “It’s a phenomenon happening world-wide and we believe Ghana has caught on, and we are excited to be part of this narrative,” Addison said. “‘57 Chocolate aims to challenge the status quo of luxury chocolate being only a product of Europe.”
Instant Chocolat 1

Côte d Ivoire s finest. (Courtesy/Instant Chocolat)
In a bid to meet the budget shortfall of their struggling economies, Ivory Coast and Ghana have accelerated efforts to support local grinders and producers of finished producers. Instead of selling raw materials for export, both countries now hope to make their chocolate just as iconic as its cocoa. New policies and initiatives aimed at local entrepreneurs may help them move up the value chain.

But it’s a difficult time to diversify production. While cocoa was one of the best performing commodities as recently as 2015, in the last two years the crop ranks among the worst in the world.

After a six-year high, cocoa prices have fallen by more than 30% due to a surplus in top-producing countries. For the world’s top producers, Ivory Coast and Ghana, the declining prices are leaving a bitter taste. Ivory Coast recently cut the price paid to cocoa farmers by 36% while Ghana is reportedly considering a similar move. As the commodity-dependent countries brace for a hit to their economies, both Ivory Coast and Ghana are hoping to reap more benefits from their beans through increased local processing.
Shifting Policy

Over 2 million small-scale farms in Ivory Coast and Ghana produce nearly 60% of the world’s supply of cocoa. But despite exporting almost 3 million tons to support the multibillion dollar industry, farmers earn an average of 67 cents per day—just 6.6% of the final sale price. According to the World Bank, Ivory Coast and Ghana have a combined GDP of $69.3 billion, a figure dwarfed by Nestle’s $90 billion in annual sales or a market cap of around $250 billion.

While demand for chocolate may be rising worldwide, some cocoa farmers are abandoning the crop in favor of more lucrative rubber. In a bid to encourage more interest in the cocoa industry, the cornerstone of their economies, the Ivorian and Ghanaian governments have both launched initiatives to guarantee increased levels of local processing and finished products.

By 2020, Ivory Coast aims to process at least half of its raw cocoa locally—up from a third currently. With newly introduced tax breaks for cocoa grinders and chocolate producers, the country may soon reach its goals. Increased local processing will meet the growing demand for the West African market. In 2015, Olam International, the world’s third largest grinder, opened a $75 million factory in San Pedro, the nation’s second largest port.

With a production capacity of 75,000 tons, the factory has helped catapult Ivory Coast to the top as the world’s leading processor. During the same year, French chocolatier Cemoi opened Ivory Coast’s first major chocolate factory in 2015 in a bid to supply the region with the capacity to produce over 10,000 tons of chocolate per year. With improvements in production capacity, the government is determined to ensure that Ivory Coast is as well known for its chocolate, as it is for its cocoa.

Across the border, Ghana has taken measures to liberalize the purchase of cocoa beans. Although the sector was partially liberalized in 2003 to improve prices for farmers and boost productivity, the Ghana Cocoa Board (COCOBOD) still enjoys export monopoly power. Because of COCOBOD’s dominance, the state-owned Cocoa Processing Company has historically been the primary producer of local chocolate.
“Delicate”

“Delicate” (Courtesy/Midunu)
But that may be changing as the Ghanaian government shifts its approach to finished products and highlighting cocoa-based products as a national product with economic and health benefits. Moreover, with the election of Nana Akufo-Addo, Ghana is now considering the full liberalization of the cocoa sector, which may further boost production and diversification of cocoa exporters as well as the local chocolate industry.

Local chocolatiers like Midunu Chocolates, the brainchild of Ghanaian chef Selassie Atadika, are hoping to inspire what she calls a “delicate” way of looking at chocolate. With a box of truffles retailing for 40 cedis (about $9), Midunu caters largely to the native-born and “returnee” Ghanaian middle class as well as expatriates and tourists.

Atadika is keen on using chocolate as a means to highlight Africa’s different flavor profiles by incorporating Ethiopia’s berbere spice or South African rooibois tea. “I think we owe our country a chance to develop and be self-sufficient. I think by supporting things that are locally grown, we support the country and those around us.”

In this article:Chocolate, Cocoa, Lifestyle