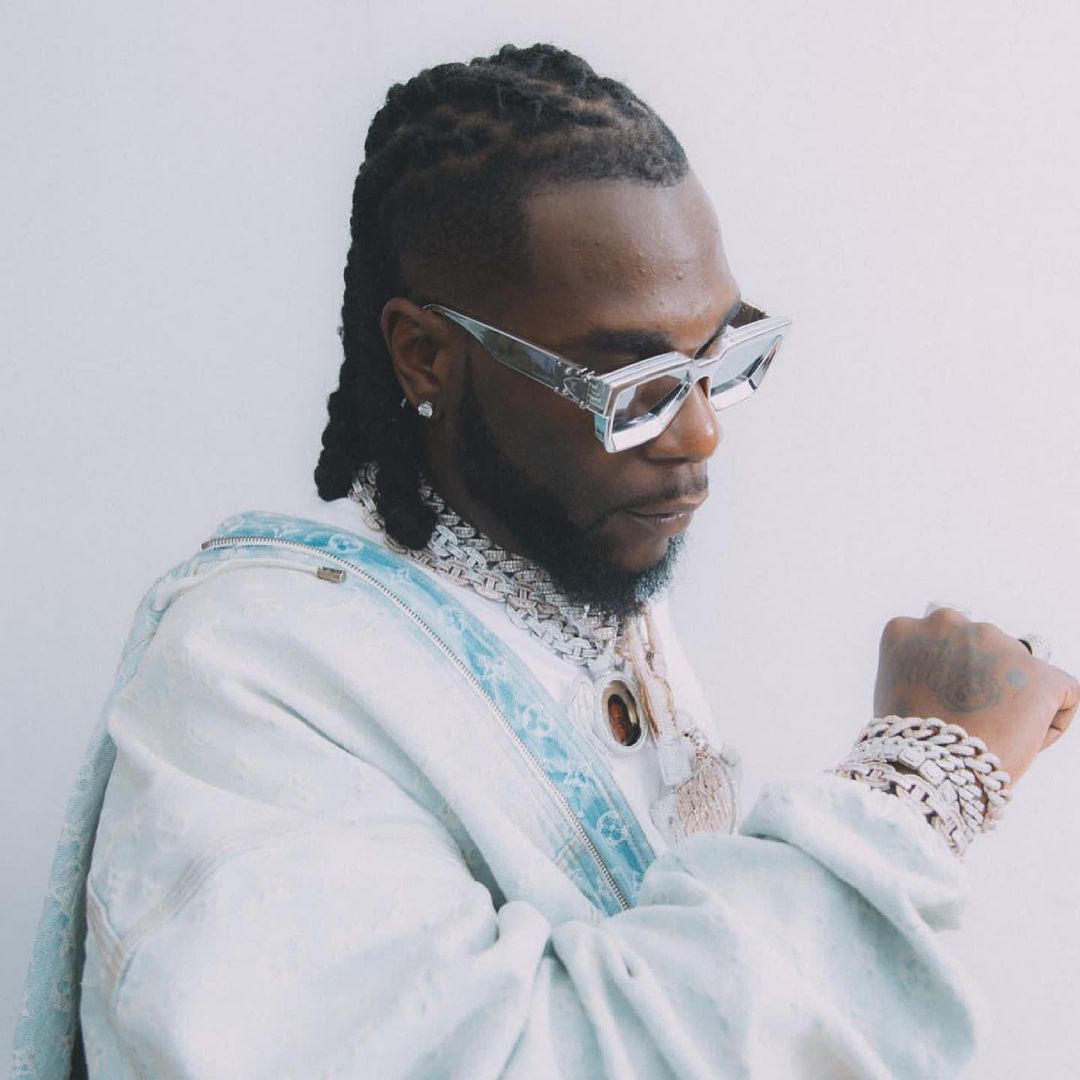 Becoming the most in-demand Afrobeats artist in Africa, three of Burna Boy’s full-length albums, Twice as Tall, African Giant and Outside have been recognized for reaching 100 million streams each on Spotify music discovery platform, according to Chart Data, an independent online platform that collates digital music statistics from around the world.

This latest achievement marks Burna Boy’s legend status as one of the Afrobeats pioneers that introduced the genre to international markets, where it has since become very popular.

In January 2018, Burna Boy was featured on “Sunshine Riptide”, a track from Fall Out Boy’s seventh studio album MANIA (2018). He released his third studio album Outside on 26 January 2018. Described as a mixtape, Outside consists mostly of Afrobeats, dancehall, reggae and road rap. It features guest vocals from English musicians J Hus, Lily Allen and Mabel. Outside was supported by six singles: “Rock Your Body”, “Streets of Africa”, “Koni Baje”, “Sekkle Down”, “Heaven’s Gate” and “Ye”.

Burna Boy’s fourth studio album African Giant was released on 26 July 2019. It has been supported by six singles: “Gbona”, “On the Low”, Killin Dem”, “Dangote”, “Anybody” and “Pull Up”. He began recording the album in 2018. He told Billboard magazine the album is his most personal yet.

He first revealed plans to release the album in April 2019, and held a private listening session in Los Angeles. Photos and videos from the listening session were shared on social media. African Giant was initially announced as a 16-track album. In order to promote the album, Burna Boy headlined the African Giant Returns tour, the second leg of his African Giant tour. Burna Boy recorded “My Money, My Baby”, a track that appeared on Queen & Slim’s soundtrack album.[50] Described as an “Afrobeat-tinged track”, “My Money, My Baby” contains a sample of Fela Kuti’s 1972 song “Shakara”.

His fifth studio album, Twice as Tall, was released on 14 August 2020, executive produced by Diddy and Mama Burna Bose Ogulu. The album became his highest-charting project, debuting at number 1 on the Billboard World Albums Chart.

On The 24th of November 2020, Burna Boy Album ‘Twice As Tall’ was Nominated under the World Music Album category in the 63rd Annual Grammy Awards alongside other entertainers like Antibalas, Bebel Gilberto, Anoushka Shankar, and Tianariwen. This is the second year in a row that the singer is getting a nomination in this category. He won an Edison award in the World Album category for African Giant, and the Best International Act at the MOBO Awards on December 9, shaking off stiff competition from Drake, Megan Thee Stallion, Lil Baby and Roddy Ricch.

The 2020 album Twice as Tall earned Burna Boy a Grammy in the “Best Global Music” category after he lost out to Benin’s iconic singer Angelique Kidjo, at the 2020 Grammys. Minutes before being announced a winner, Burna Boy put on a rip-roaring performance in spite of the pandemic.