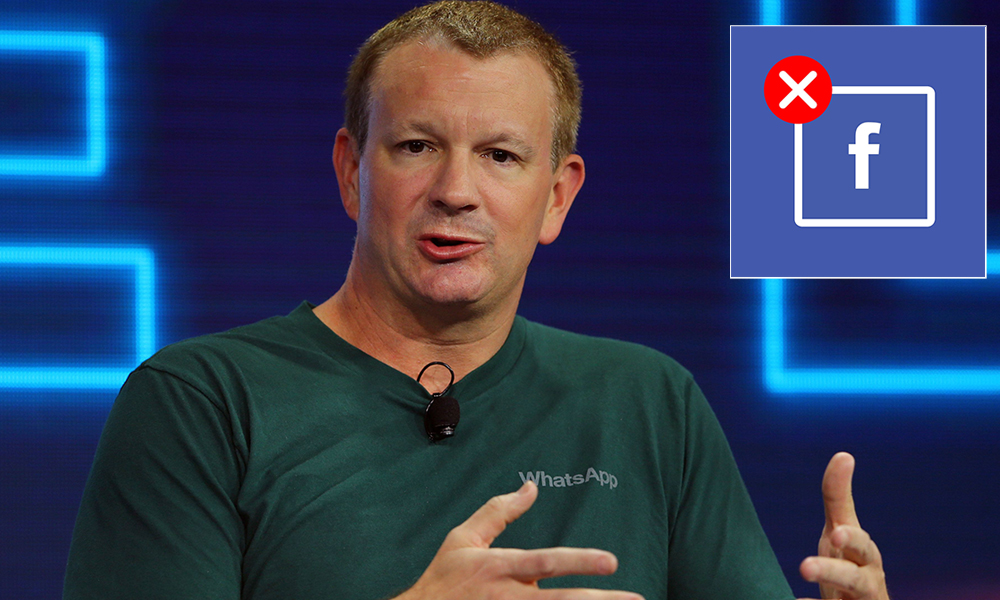 Have you ever considered leaving Facebook entirely, to the extent of deleting it?  Well Brian Acton, the former co-founder of Whatsapp thinks you should and this doesn’t exactly come as a surprise since Facebook has been going through series of Data Privacy issues this past weeks

It is time. #deletefacebook

It’s quite unclear what Brian’s intentions are giving that he recently invested $50 million into an app similar to Whatsapp known as Signal.
This is not the first time someone who was once in the company has expressed unease about the Organisation after leaving. There has been a number of former executives who have poured out their regrets about the way Facebook has been dealing with its data privacy.

Brian Acton left Whatsapp earlier this year as one of its co-founders after Facebook bought the company in 2014 for $16billion.

In case you are adamant to the latest controversy surrounding Facebook, this is what sparked it, Cambridge Analytica improperly acquired data on 50 million Facebook users which was used as part of president Trump’s 2016 campaign. This has led to New York and Massachusetts attorneys demanding that Facebook hand over information about how Cambridge Analytica used its data.

This goes to show that there is nothing really hidden under this sun.

If your answer to the above is Yes and No, then here are some tips to use Facebook without giving out a lot of your personal data.

1. Constantly turn off your location services when not in use. Location data is among the most sensitive data you can grant to a third-party app or service. For Facebook, this data is invaluable to advertisers, and it’s also quite the pitfall for users who may not understand or realize when an app has access to this data. This is how to turn location off on both Android and IOS, On Android, head to “Account Settings,” go to “Apps” and click on Facebook. Tap “Permissions” and disable location by tapping on “Location.”

For IOS, head to your iPhone’s Settings app, scroll down to “Privacy” under the general tab, and tap Location Services. From there you can disable the feature entirely and toggle it on, off, and only while using a piece of software on an app-by-app basis. Scroll down to find Facebook, and switch it to either “While Using the App” or “Never.” There isn’t a good enough reason to give Facebook access to your location all the time, so make sure to never leave it set to “Always.”

2. Unlink all questionable and defunct third party apps on Facebook. To do this head over to the “Apps” section of your Facebook settings. At the top of the page, you’ll see the total number of apps you’re logged into using Facebook. The easiest way to protect yourself in this situation is to scroll to the bottom to the “Apps, Websites and Plugins” square, click edit, and turn off all third-party API access.

3. Finally, remove essential personal info and toggle everything to friends only.