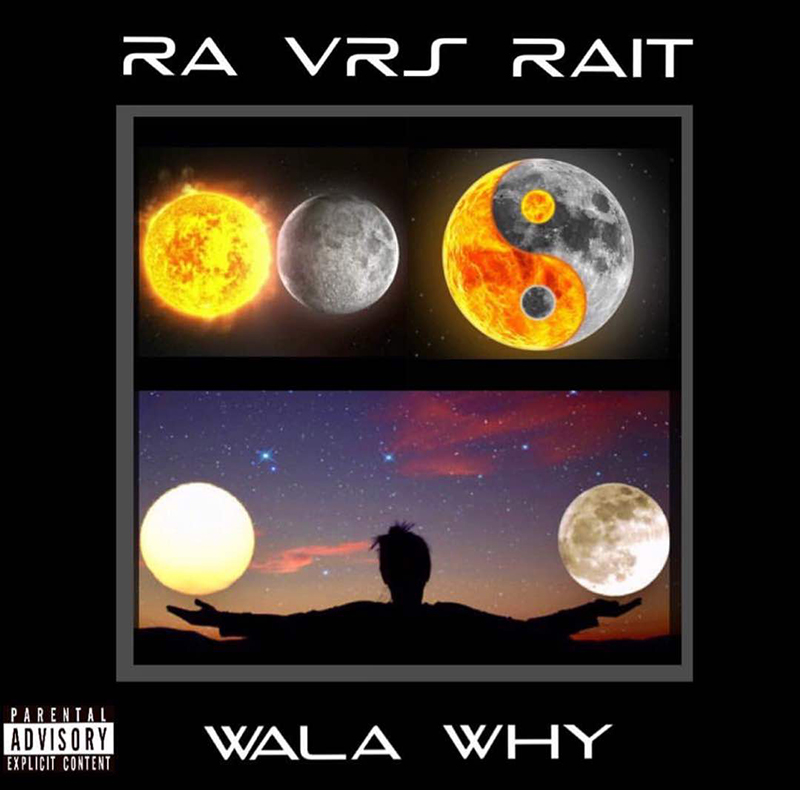 Just days after dropping the music videos for “ONE CHANCE ONLY and I HAVE A DREAM ,”; artist and producer, Wala Why has unveiled the cover art and release date his upcoming album “RA Vrs RAIT”.

Songs on the album like Lucifer (Bringer of Light) and I’m A God will leave you swinging between thoughts as it epitomizes the essence of the album.

The album art depicts the rich portrait of duality of life and its need for balance.

The rapper’s project consists of a variety of slow, fast, light and intense tunes complementing his indisputable thought provoking lyrics that captures a broad audience..

Wala Why is a Ghanaian born music artist and producer, living in Las Vegas, Nevada. He has brought a new feeling to the music industry by integrating elements of Afrotrap, Afrobeat, RnB, HipHop and Rap into one genre he calls Sun Music

In this article:"RA Vrs RAIT", Album, Music News, Wala Why