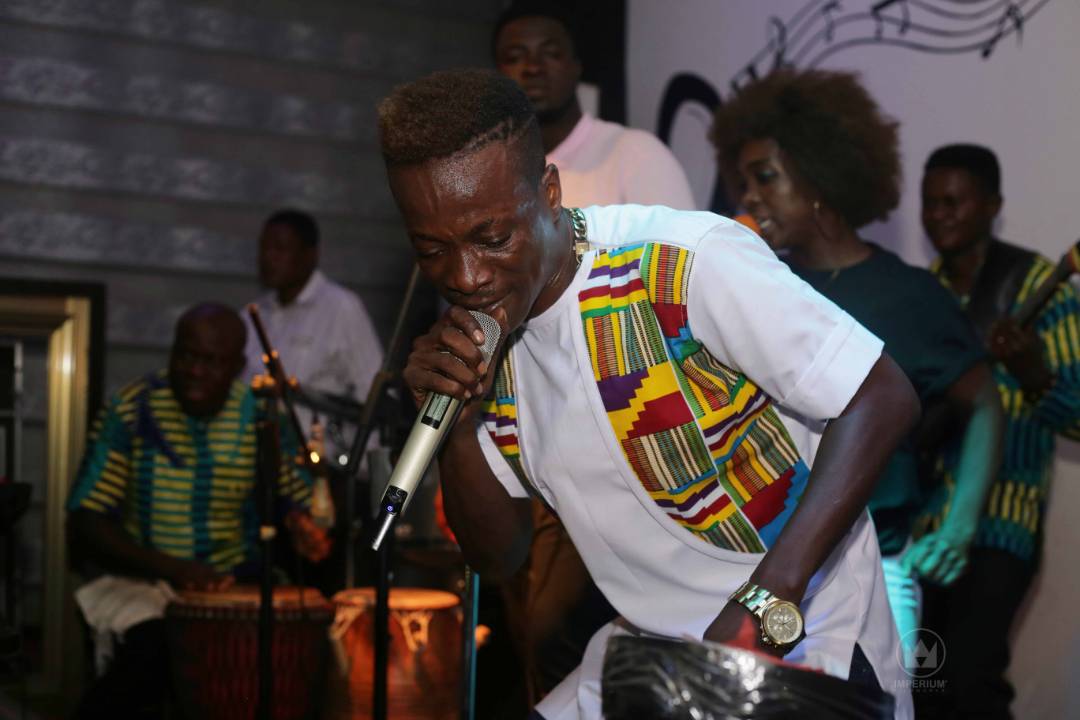 Speaking at the event, the C.E.O of the record label Mr. Frank Gogo made it known that world map records has penned downed a 3 to 5 years recording deal with KK Fosu and the label is ready to take KK Fosu the Dstyler to the next level.

Moreover mr. Gogo reveals that the label decided to sign KK Fosu because he has a unique style which is non comparable and that his stage performance is one of the best in the country now, also they believe that they will seriously get whatever they invest in the artist.

According to him the record label is here to stay and they are ready to bring positive change into our entertainment industry.

Even though he did not disclosed all the details in the contract, we can confirm that the deal will set the “sudwe” hitmaker on the path to international recognition among other cool benefits.

In an interview with KKFosu after the unveiling, he said the deal is cool and working with them would be very good and that he is already working on a new album to be released under the label.

World Map Records is a new label aiming at capitalizing on the growing entertainment market across the world by producing, promoting and distributing high quality entertainment through music and exceptional artist abilities.