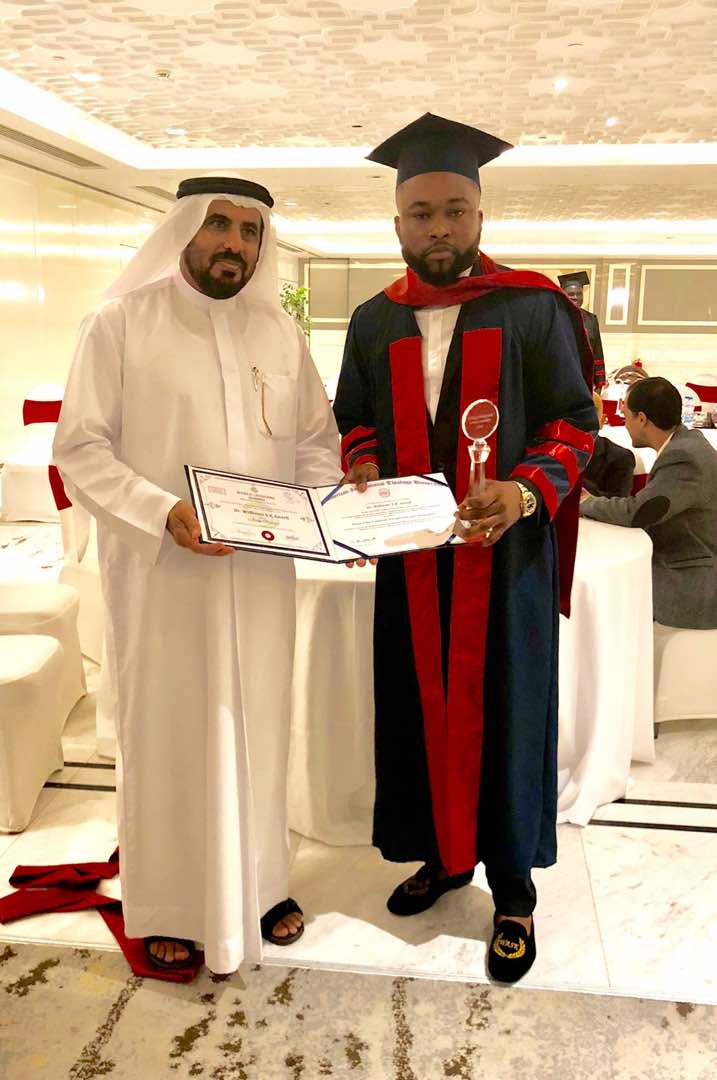 Over the weekend, young Ghanaian Innovator, Entrepreneur, Wealth builder, Founder and President of WASK Group of companies often referred to as the “Rising Star of Africa” was awarded along side some of the biggest names in global leadership across Africa, UK, USA and Europe as the Best Global Business Growth Influence at the just ended World Changers Summit.

The world changers summit started in 2006. It was the vision of Drs. Matthew & Kamilah Stevenson to have a place where people would gather for a time of strategic realignment, update leadership skills to meet global best practices and activate a convergence of some of the most impactful leaders across the globe. In its 12 years, it has evolved into an Internationally recognized conference with over 1500 attendees from all over the World each year.

Dr. Williams has a rich and enviable experience in strategic innovation, business strategy and an in-depth expertise in SME advisory service, project financing and development. He is the founder and Chief Executive Officer of TRAMO GHANA, which specializes in waste management & Recycling of plastics into roofing tiles and pavement blocks; sale and installation of biogas digesters, waste sensitization training in senior high schools, tertiary institutions as well as Corporate Organisations. He also handles the branch of CircleLink Innovation in Ghana.

As a health Practitioner, he also has the health of the citizens at heart, thereby setting up WASK Health Services. Here, he organizes hepatitis B campaign (screening and vaccination) in various institutions. This subsidiary has vaccinated over 1,000 people against Hepatitis B; Supply of hospital equipment and materials; Pharmaceutical production unit and sale of Vida Divina detox tea and other organic products.

His innovative idea urged him to create WASK A. Limited where different portfolio is also handled. Areas of services include; importation/ distribution of Agriculture inputs like fertilizer and commodities such as cooking oil, sugar, rice etc.; transport maintenance products such as tyre sealant, engine oil.

Giving back to the society has always been his passion. He donates food, clothes and money to over 200 widows, orphans, deaf and dumb on quarterly basis.

As a result of his hard work, he was bestowed the Innovator award 2013 at KNUST during the Vice chancellor’s award. He also spearheaded the United States Peace Corps Stars Project in Kumasi. He was awarded the best network marketer of the year 2018 during the Humanitarian and Business awards, which was held by Gymped.

Dr. Williams holds satisfactory certification from the college of health sciences at the Kwame Nkrumah University of Science and Technology. In addition to his credit, he has a Professional Certificate in Strategic Management. Dr. Anarfi has established himself as a business network personality. He is also an Honorary Professor of the Academic Union, Oxford UK, an international academic association of over 200 University Chancellors, Scientists and Researchers.

Williams is also the leader and backbone of Vida Divina, a network marketing company and has an impressive record of recruiting over 4000 affiliates for the company in less than 8 months. As a wealth builder and top earner within the company, Williams earns about 25,000$ a month and oversees a thriving network set to hit 10,000 affiliates by December, 2018.

In a statement, released by his press office, the elated young Doctor remarked “It is high time the government, and all major stakeholders pay attention to the innovative young minds across the continent. Young people are the engine of progress and development and the earlier we activate their potentials the better for us as a continent. The African renaissance is only possible if we put out a conscious effort to empower more young people.”