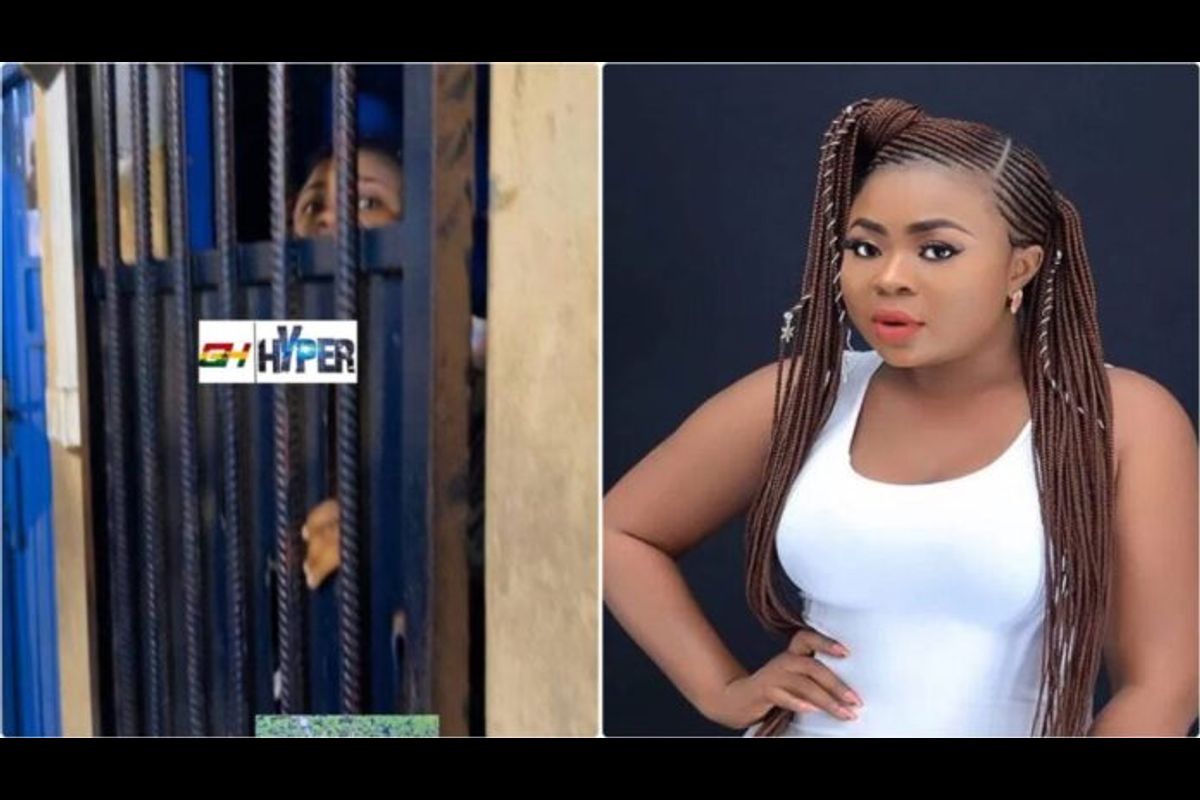 Hill TV Presenter Adu Safowaah has finally come out to tell her side of the story after she was arrested.

Adu Safowaah was arrested yesterday in her house by Ghana according to confirmed reports gathered by Gbafrica.net

A video of Adu Safowaah popped up on social media where the Hill TV is seen behind police cells.

Well, in a post shared on her Instagram page this morning, Adu Safowaah has shared her side of the story after her release.

Man I ve a lot of challenges With who is Dead Augustina Abena Agyeiwaa @queenafiaschwarzenegger EX BF, she Abrewa Agyeiwaa posted on her page yesterday during my beatings on her called me he was coming to my Hse and I accepted cux I ve most of my family members at my Hse…. long story short, he came, We spoke and he said I should go escort him to his car cux I made him park outside…. …. as we stepped out, I saw a blue car DRIVE towards us , they got down and they said, they neeeded me at Tema regional police for questioning. I ASKED Y and they said, the man I am standing with has reported me…. The Man who came visiting me quickly took a video and sent it to WIZARD hungry my leg is my car blogger @ghhyper to post…. das the video u all saw…. The police said they needed my fon cux the Man in question knows I am connected…. We all came to TEMA regional police ….. my fon was given to me late hrs around 9 pm. my godfather n god mother called in n asked for my release…. The crime officer agreed… He later came & told us I ve to be detained, The Man who came to my Hse greatest desire…. My fon was taken again….

I followed them to the detention place where I reserve wat was done for me…. I enjoyed.

@diamondappiah_bosslady where did u old dirty bitches cause my ARREST? Are you okay? Who regards your OLD Asses… WAIT FOR MY LIVE VIDEO…