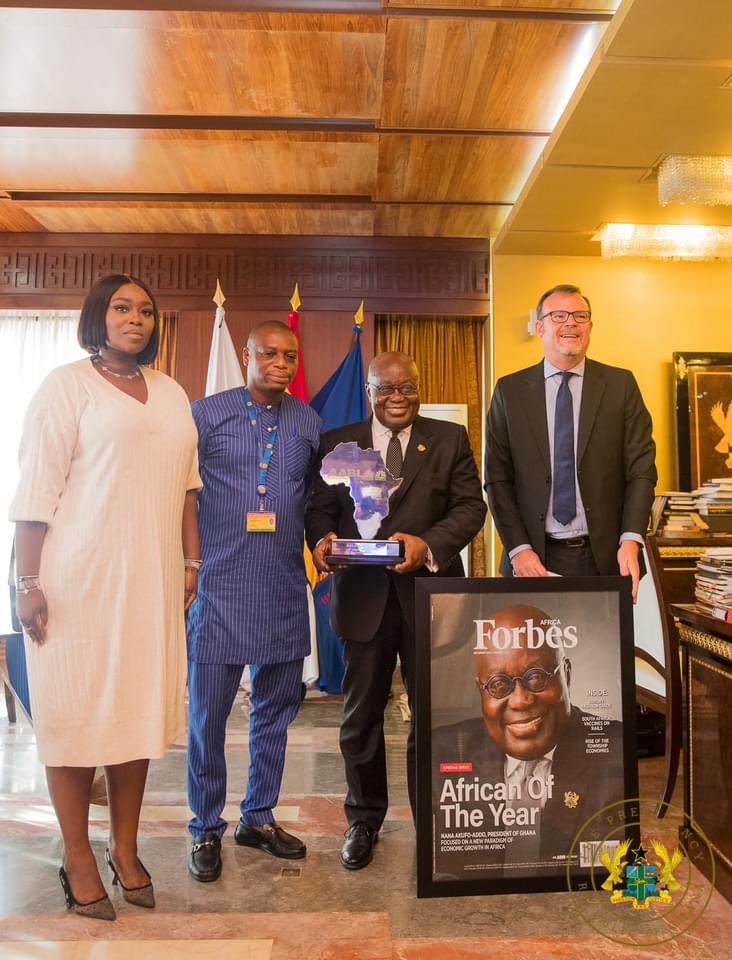 President Nana Addo Dankwa Akufo-Addo, on Thursday, 9th December 2021, received, officially, the Forbes “African of the Year Award” from Forbes Magazine in short ceremony held at the seat of government.

The award comes days after he was named “African of the Year Award” and was in recognition of his “initiative to provide free quality education to students” and also repositioning the country in the global marketplace as one reliant on its own resources and strengths. In an exclusive interview with Forbes Africa, he dwells on the new focus of the West African nation that has in recent years consistently been one of the world’s fastest-growing economies.

Responding to the win, President Akufo-Addo told Forbes Africa that he was overwhelmed and thanked Forbes Magazine for “recognizing the work that we are doing here in Ghana.”

In same ceremony, the President of the US National Bar Association, Judge Carlos E. Moore, also presented a “Lifetime Achievement Award” in recognition of his “initiative to provide free quality education to students”, which “will help with the broader development” of Ghana, as highlighted in Goal 4 of the UN Sustainable Development Goals.

See official stills from the ceremony below;