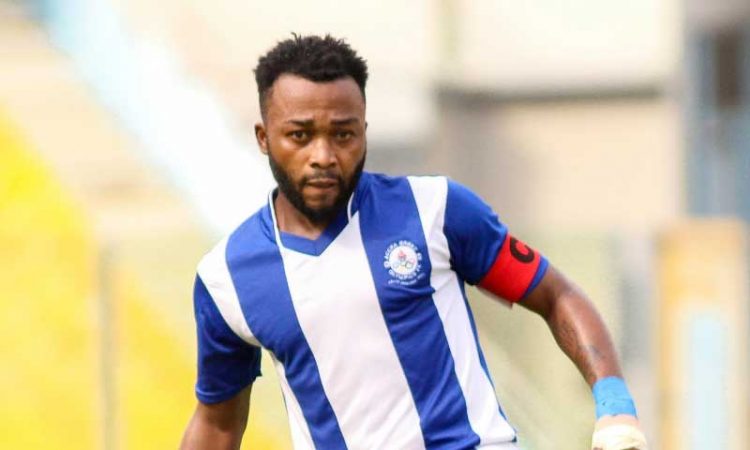 Great Olympics skipper Gladson Awako has taken a dig at organisers of the Ghana Football Association 2021 awards after going home with empty hands.

In the aforementioned category, Hearts of Oak forward Ibrahim Salifu was adjudged home based player of the year.

On Footballer of the year Nomination, he had contest from Black Stars captain Ayew Andre and Ajax Wonder-kid Kudus Mohammed.

Despite leading the Dade Boys to an enigmatic 2021 Ghana Premier League campaign where he steered the affairs of the team to at a point became title contenders could not place his hands on any award after the show on Saturday.

Awako scored five goals and provided four assists to inspire Great Olympics who are currently third on the Ghana Premier League. His outstanding performances earned him a call up to the Black Stars squad during their last two Africa Cup of Nation’s qualifiers.

Taking to twitter, the talisman expressed that the organisers are jokers and he is not dumbfounded about their award scheme.

In this article:Ghana, GPL, OLY