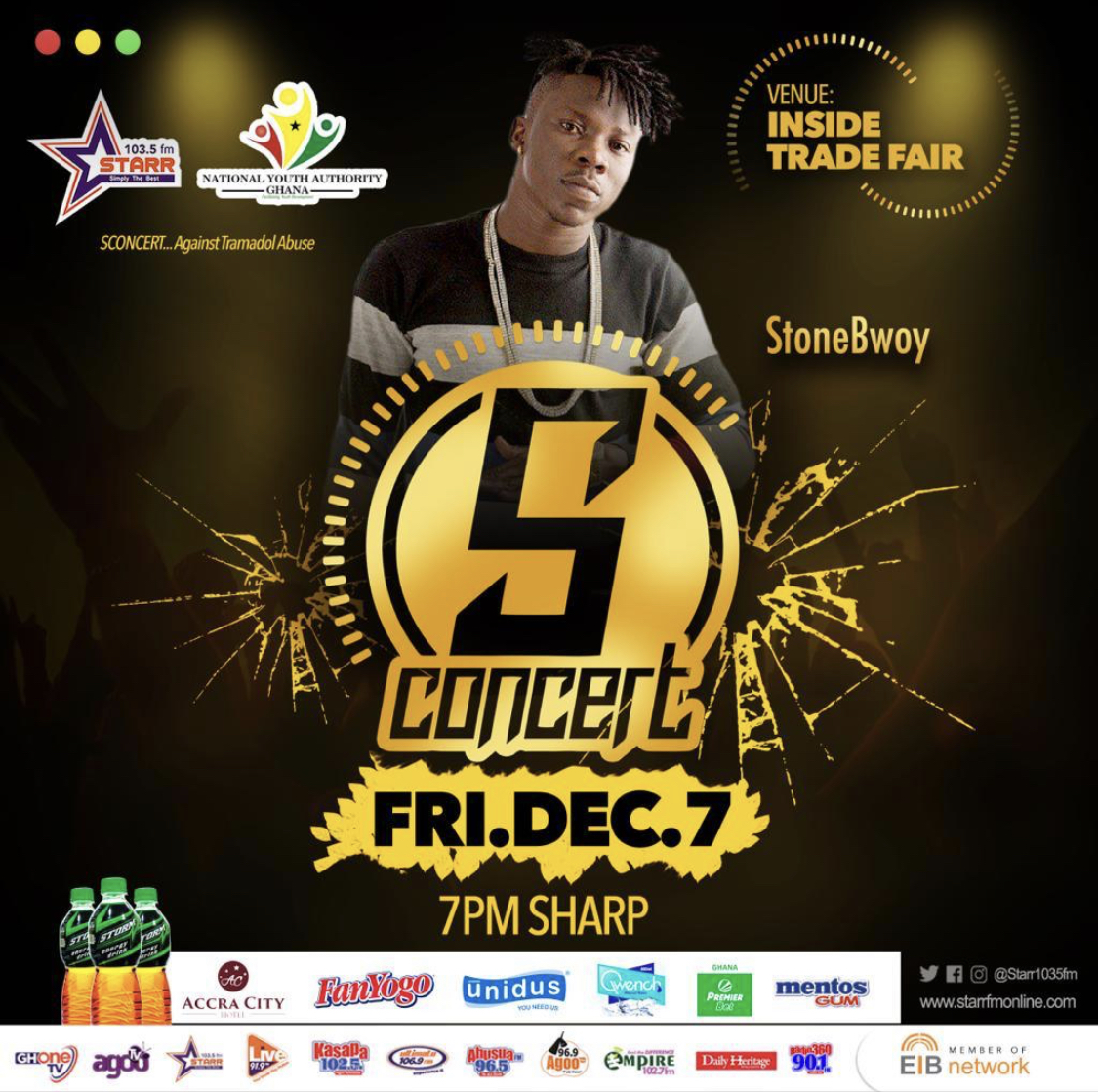 The Star Fm annual event which brings together well celebrated Ghanaian arts to thrill their fans for the second time changes venue again.

The 2018 edition of the event which is being put together to fight against tramadol abuse in partnership with the National Youth Authority will come off at the trade fair instead of the usual Ohene Gyan Sports Stadium.

S-Concert which will bring together officially the list of artists below will also for the first time have a non-Ghanaian perform on the night.

The S-Concert started from the Oxford Street on December 13th, 2014 in Osu and was later moved to the Ohene Gyan Sports Stadium to be able to contain the much crowd that graces the show yearly.

This year’s S-Concert has been slated for December 7th, 2018 at the La Trade Fair Center.