Chelsea Are Champions Of Europe 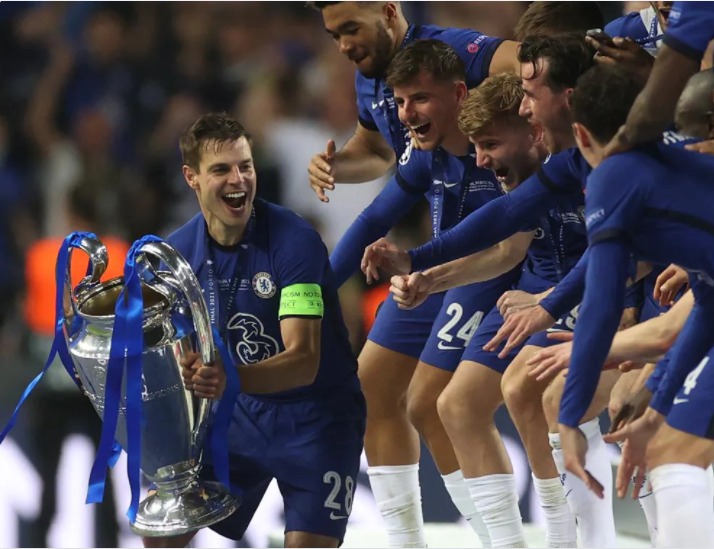 Chelsea has been crowned European champions for the second time as Kai Havertz’s first-half strike sealed a 1-0 victory over an aggressive Manchester City in Porto.

Chelsea who came into this game after a sloppy end of the season beat Manchester City 1-0 to be crowned champions of Europe with Kai Havertz’s first-half strike sealing Chelsea’s second Champions League success.

Pep Guardiola’s attacking line-up backfired as Man City struggled in Porto. Even with his earlier breakdown of Chelsea’s tactical play, he could not get it together with his. Thomas Tuchel sealed first silverware as Chelsea boss tonight.

Thomas Tuchel’s side, who lost Thiago Silva to injury in the 39th minute, were sent on their way just before half-time as Mason Mount’s superb pass picked out the run of Kai Havertz (42), who rounded Ederson and calmly finished into an empty net for his first Champions League goal.

Trevi Mula Out With New Song ‘On My Mind’