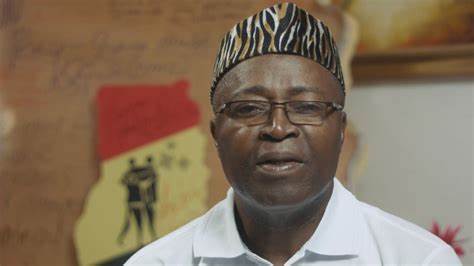 After years of dating rumors, veteran actor David Dontoh has finally cleared the air about his relationship with colleague Maame Dokono. Despite the fact that Mr Dontoh is now married, rumors has it that the two had a close romantic connection on their active on-screen dating.

Maame Dokono also said that she dated Mr Dontoh for four years “because she needed a partner to help fight off the many guys following her with love proposals.”

Mr Dontoh acknowledged their relationship in a recent interview with Adom TV’s Sister Sandy on her Ahosepe Xtra show, although he was keen to emphasize that it is completely platonic.

Debunking the rumours, Mr Dontoh disclosed that they never kissed, not even in the countless movies they have starred in.

“For all the years that we acted on television, we never kissed, never, but everybody keeps saying she is my wife,” he said.

He was positive that Ghanaians coined the speculation due to their enviable bond both on set and in private life despite the 18 years age difference.

“We have a very good relationship. Everybody who is sensible will know there is a relationship between us. You don’t need to touch or kiss the person to show it. There is a chemistry between how we act towards each other,” he detailed.

Nicknamed Ghanaman, Mr Dontoh made the revelation while speaking on the immorality some persons involve in in their quest for fame.

He added that the craze for fame has been intensified such that people will go all length, including portraying their nudity to earn the tag as celebrities.

But, in their days, he said decency was the order of the day and that was why respect is evident between all the veteran stars.

Maame Dokono describes Herself as a ‘hot lady’ from the 90s

“I play 4 weddings a week,” Camidoh reveals he’s the go-to artiste for weddings