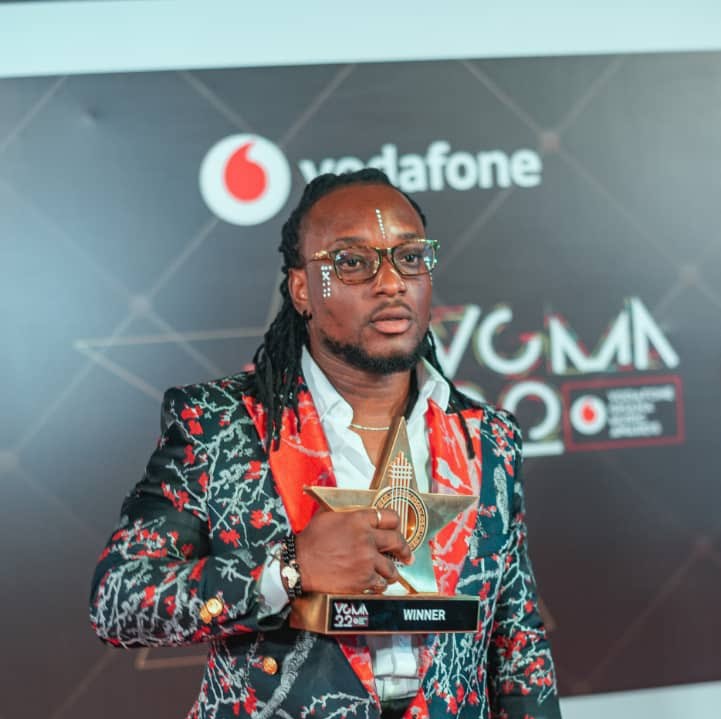 Ghanaian Reggae/Dancehall & Afrobeats Singjay, Epixode, dedicates his maiden award to the Late Ghanaian Musician/Veteran, Terry Bonchaka, as well as his 2-year old daughter. He made a very touching speech after picking the award on the night of Saturday, June 26, 2021 at the Grand Arena of Accra International Conference Centre.

King Lagazee, host of “YaaD Settingz”, a weekly radio magazine on Hitz 103.9fm interviewed Epixode on Sunday, June 27th — a night after he won the award. Below was what Epixode had to say on radio interview;

“I don’t care what anyone would say but this is a testimony of hard work accumulated from over the years. And it’s worth it seeing the smiles on everyone’s face after the win. This is a stepping stone for me to another level, we will still put in the works for people to know we do real and proper Dancehall Artistes”. (Epixode)

Epixode won “Reggae/Dancehall Artiste Of The Year” on the night of June 26, 2021 at the Vodafone Ghana Music Awards (VGMA) — the awards event is Ghana’s prestigious music awards night which honours various musicians and music influences across industry. Same category was copped last year by Ras Kuuku; he was nominated in the same category as Epixode, Kahpun, Samini, Larruso, but lost it to Epixode.

Prior to that, Epixode had recorded top notch performances back to back on this year’s activities connected to the Music Awards. He has been nominated multiple times in the past in the same category but couldn’t win; this makes it his maiden win in that category

Epixode is a super-talented creative head who goes beyond music; he is a fine artist who paints different murals and has worked on multiple graffiti and video shoot sets for his colleague artistes, notable amongst them are Sarkodie and Edem. His sets for this year’s performance and previous ones were built by him. He had the opportunity of introducing his own Band, Freestylers Band at #VGMA22.

He has at least 3 Albums to his credit and has featured on multiple local and international artiste projects; he has collaborated with Mr. Eazi, Stonebwoy, just to name a few.

In this article:Epixode, Featured, Ghana, VGMA