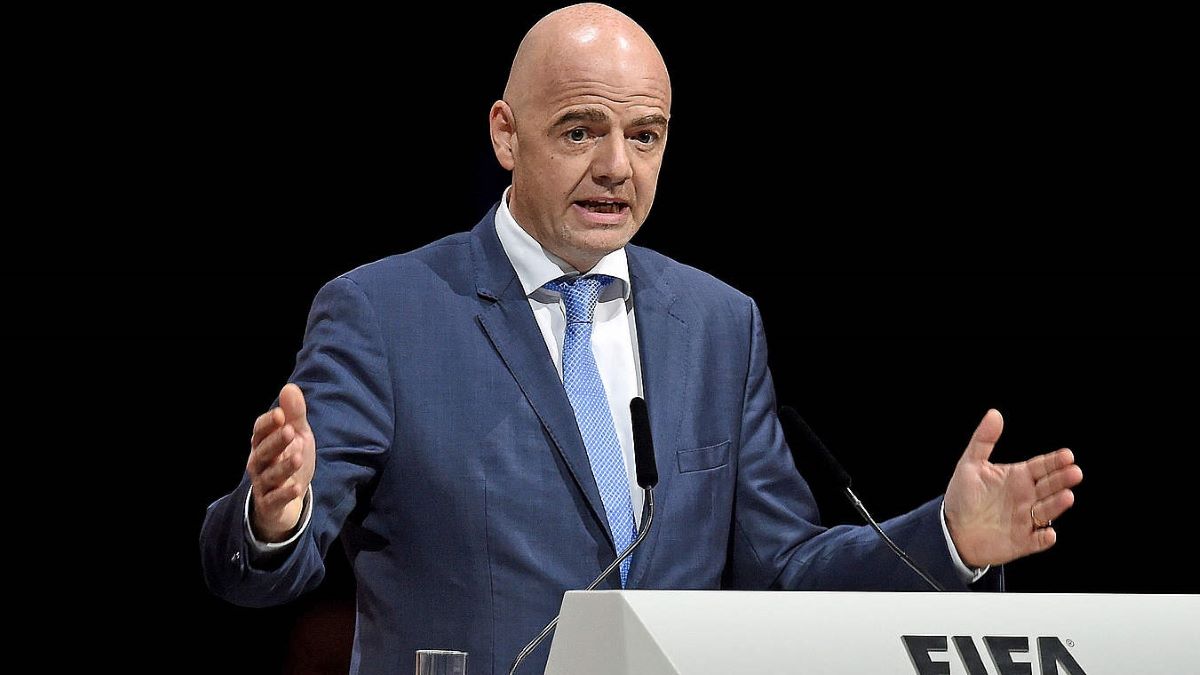 The president of Fifa, Gianni Infantino, has said his plans for a World Cup every two years could stop African migrants from finding “death in the sea”, in an extraordinary address to European politicians.

Speaking at a session of the parliamentary assembly of the Council of Europe, a trans-national body dedicated to the support of human rights, Infantino said that countries outside Europe needed greater access to national football competitions to prevent drastic consequences.

Infantino was discussing his strategy known as the Future of Football, which to this point has concentrated on doubling the frequency of Fifa’s flagship competition. He later issued a clarification on his remarks which he said “appear to have been misinterpreted and taken out of context”.

He told the assembly: “This topic is not about whether we want a World Cup every two years, but about what do we want to do for the future of football.

“If we think about rest of world,” he continued, “and the vast majority of Europe, then we have to think about what football brings. Football is about opportunity, about hope, about the national teams. We cannot say to the rest of world give us your money, but watch us on TV. We need to include them.

“We need to find ways to include the whole world to give hope to Africans so that they don’t need to cross the Mediterranean in order to find maybe a better life but, more probably, death in the sea.

“We need to give opportunities, to give dignity. Not by charity but by allowing the rest of the world to participate. Maybe the World Cup every two years is not the answer. We discuss it.”

The Future of Football project, led by the former Arsenal manager Arsène Wenger, has been widely rejected by European football and its political organisations. Infantino was speaking after the British politician Lord Foulkes had presented a report on football reform, which specifically questioned “the advisability” of the biennial World Cup plan.

Infantino’s remarks provoked immediate outrage. Ronan Evain, the chief executive of Football Supporters Europe, tweeted: “How low can Infantino go? Instrumentalising death in the Mediterranean to sell his megalomaniac plan is beyond words.”

Kick It Out’s chief executive, Tony Burnett, said: “Fifa is a multibillion profit-making organisation. They already have the funds to invest in creating and inspiring opportunity for disadvantaged people around the world. It is therefore completely unacceptable to suggest that a biennial World Cup, predominantly set up to drive further profits for Fifa, could be a solution for migrants who risk their lives, sometimes fleeing war-torn countries, to seek a better life.”

Infantino later said his remarks had been intended to show that “everyone in a decision-making position has a responsibility to help improve the situation of people around the world”.

He added: “If there are more opportunities available, including in Africa, but certainly not limited to that continent, this should allow people to take these opportunities in their own countries. This was a general comment, which was not directly related to the possibility of playing a Fifa World Cup every two years.”

The meeting also saw the assembly resolve to support Foulkes’s report on “Football governance: business and values”. Although the report warned against both a biennial World Cup and the return of the European Super League project, it was broadly supportive of Fifa’s reforms for the transfer system and recommended a new system of solidarity for smaller European leagues and clubs.

The adoption of the report was welcomed by various European football bodies, including Uefa, whose president, Aleksander Ceferin, said: “It’s ‘No’ to selfish super leagues and ‘No’ to extravagant World Cup proposals. But ‘Yes, yes, yes’ to working together to protect and strengthen our model that works in the interest of European football and society.”