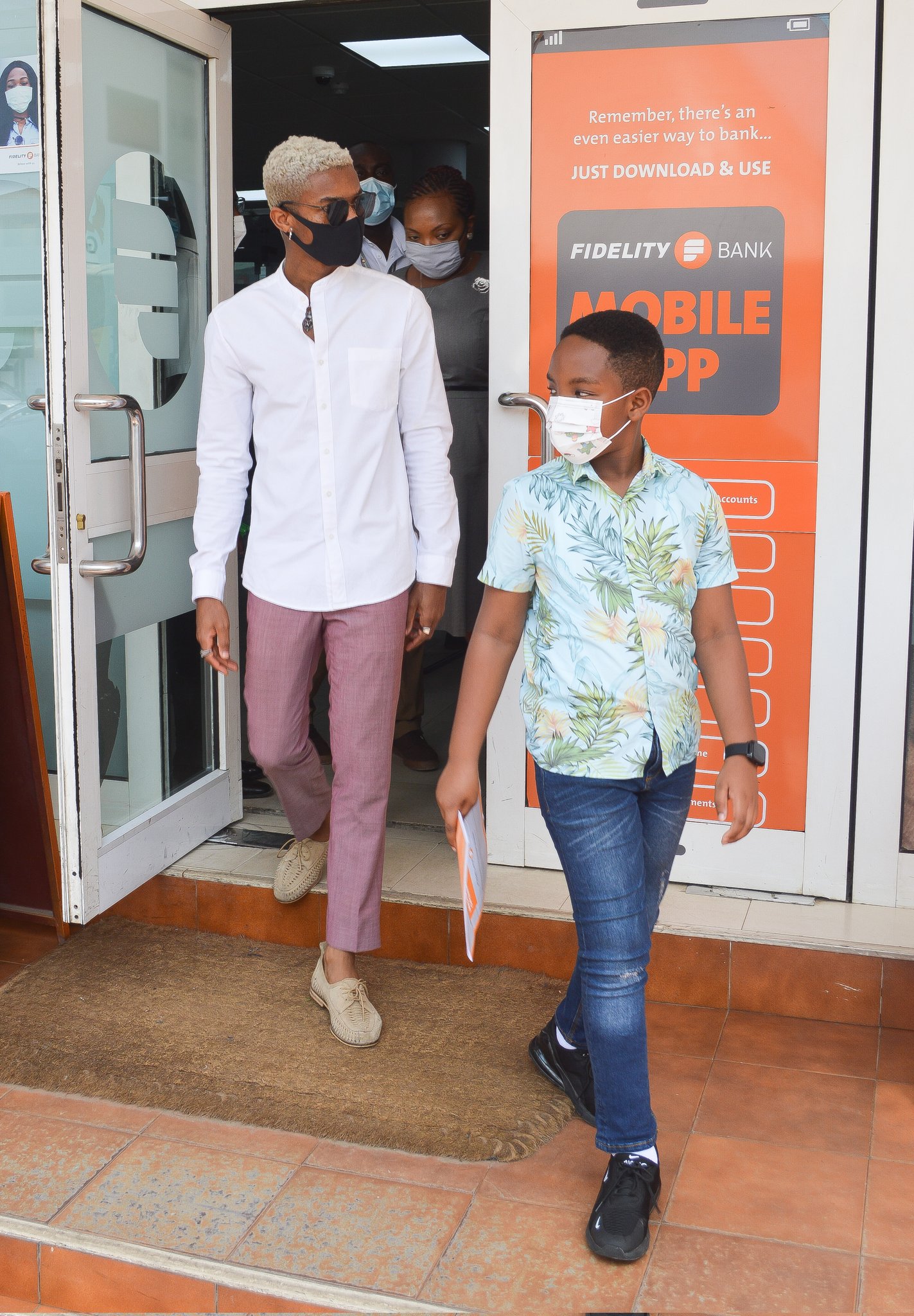 Oswald came into limelight and trended after he wrote a letter to his mother, pointing out the things he wanted her to have bought and done for him- He and his letter stressed and begged his mother not to have done disappointed him.

The Lynx Entertainment act, music duo, Dope Nation and others were at Oswald’s school premises to grace his ‘Our Day- He got a lot of gifts from companies, brands and personalities and celebrities including a 3, 000 cedi gift and an Ipad from the singer and 2020 Vice Presidential candidate of the NDC, Prof. Naana Opoku Agymang respectively.

Kidi after he had escorted Oswald to the Bank, wrote in a tweet;

Maame Dokono describes Herself as a ‘hot lady’ from the 90s