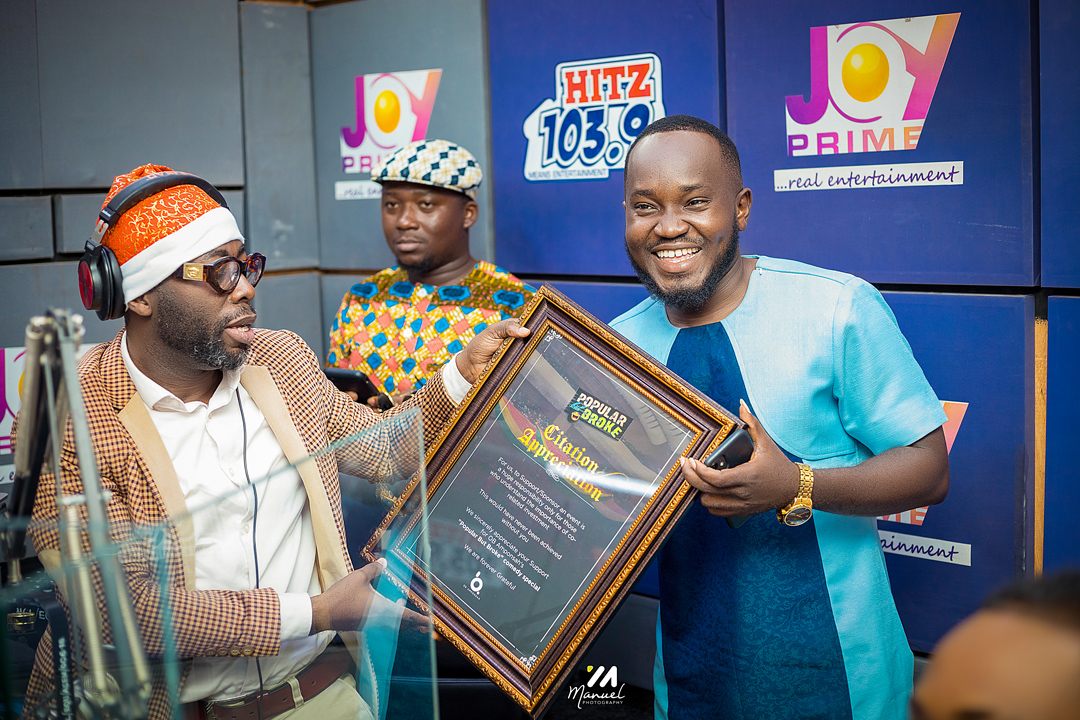 Comedian-of- the-moment OB Amponsah this week embarked on a Thank You Tour to appreciate and honour all sponsor partners of the historic Popular But Broke standup special.

A team comprising OB Amponsah, his management and entourage visited the industries and offices of sponsor institutions and individuals to express appreciation for their support. The Popular but Broke special earned rave reviews from several tabloids and blogs after coming off at the National Theatre last Saturday.

OB Amponsah presented citations and cakes to the event’s sponsors in appreciation of their support.

In this article:Comedian, Featured, OB Amponsah, Popular But Broke